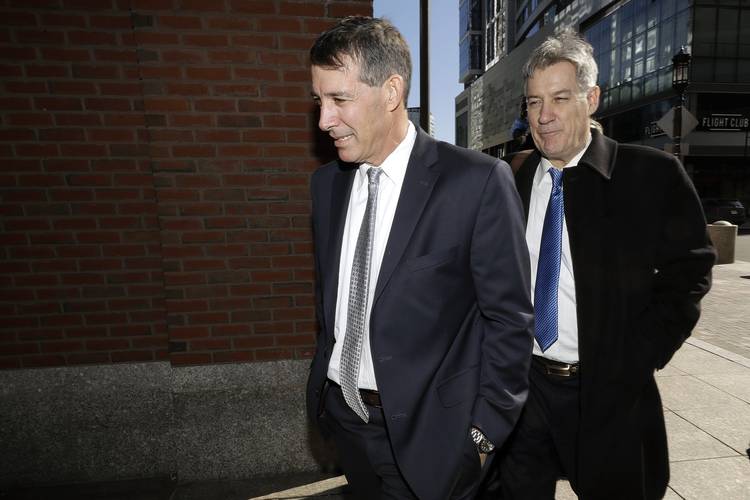 Center, who is among five coaches and 31 defendants overall who have pleaded guilty to charges in last year’s nationwide college admissions scandal, was placed at a facility in Three Rivers in south Texas, according to the Federal Bureau of Prisons.

The prison, located more than two hours south of Austin off of U.S. 281, has medium and minimum security facilities that house a total of 1,200-plus male inmates.

Due to concerns about the spread of the deadly COVID-19, visitors are barred from federal prison facilities at this time. No one at the Three Rivers location has tested positive, according to the prison bureau, though there was a single infection at a facility in Fort Worth as well as in Grand Prairie, where a staff member tested positive.

As of Monday, there were 195 inmates and 63 prison staff nationwide who had tested positive, leading to eight inmate deaths. Responding to orders from the attorney general’s office, the prison bureau has released 566 inmates with health conditions to home confinement.

Center, 55, had been given a Monday surrender date when he was sentenced on Feb. 24 in Boston by U.S. Judge Richard Stearns. The coach had previously pleaded guilty to one count of conspiracy to commit wire and honest services wire fraud.

By entering the plea, Center accepted the government’s allegations that he had taken a total of $100,000 to give an athletic scholarship to the son of Silicon Valley venture capitalist, Chris Schaepe. The student, who was not a competitive tennis player, rescinded the scholarship after arriving to campus in 2015 and continued studying at UT while working as a student manager on the men’s basketball team.

Chris Schaepe has not been criminally charged and denies any wrongdoing.

Center, according to prosecutors, pocketed $60,000 from the scheme’s mastermind, Rick Singer, that Center forfeited to the government as part of his punishment. Another $40,000 was directed by Singer to Center’s tennis program at Texas.

Center, who has kept a low profile since his April 2019 arrest, declined to comment on his sentence when reached last week by the American-Statesman. He is expected to get out of prison in October and will then serve one year of supervised release.