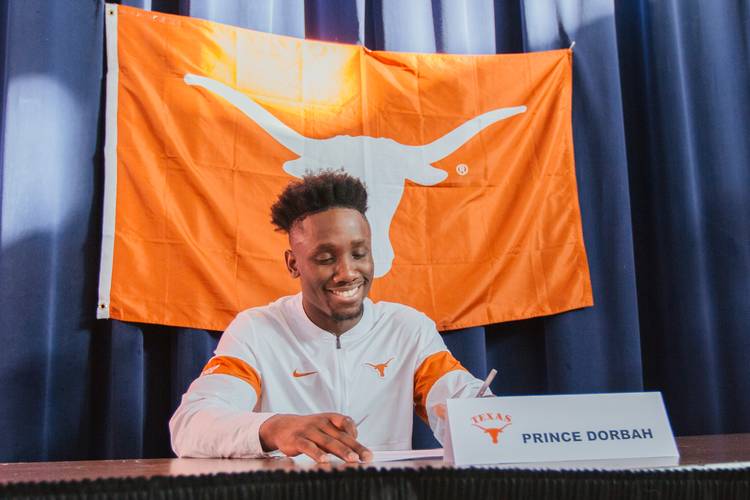 COVID-19 turned the world upside down, even football recruiting. While sports stop, recruiting continues behind the scenes. I gathered opinions from four of the top recruiting experts in the area to answer five pressing questions about recruiting under travel restrictions.

What are the major hurdles for recruits amid COVID-19?

The biggest obstacle for kids achieving the typical recruiting process is simply not being able to visit anywhere. I mean, that’s got to be really hard on these guys who have dreamed of this process and now have no opportunity to live it the way they imagined. But from a more practical standpoint, it stunts their ability to make a fully informed decision, relative to what the process typically entails. — Gabe Brooks, 247Sports Midlands Region recruiting analyst

The most obvious one is the inability to take visits to campuses. Colleges are offering prospects during and immediately following their seasons and only a select group of individuals have been to all of the schools they are considering. At this point, recruits are releasing top-eight lists and have only visited half of the schools they included. — Sam Spiegelman, Rivals South Central recruiting analyst

The hardest thing now is literally seeing all of the options upfront. Some athletes made early visits to schools, but late March until the summer was supposed to be the time when athletes took their unofficial visits and even snuck in an official or two late. COVID-19 has kept everybody home, and the NCAA has a ban of in-person recruiting — and we really don’t know how long that ban will be. Actually being on a campus is important for athletes, as they need to get a feel for the environment. You can’t do that on a virtual tour. — Damon Sayles, TheHillTopics managing editor

How can staffs/schools stick out during the time?

The virtual tours seem to be a growing trend with schools since kids can’t make it to campuses. I don’t pretend to be an expert on how a school can separate itself from others via virtual tour, but I’m sure there are staffs across the country trying to do so. — Brooks

Early on, Kansas hosted a virtual junior day with the intent to attract 20 or 30 of their top recruits nationwide and get them to engage with the coaches, get the highlights of campus tours and learn about the new facilities coming in. Several other schools have followed suit, which is noteworthy. — Spiegelman

There have been a lot of virtual events. Kansas had the virtual Jr. Day, Minnesota’s virtual tours have generated a buzz across the country. Texas A&M did a Madden tournament. More than anything though, it goes back to communication and finding ways for prospects and their families to connect with the staff and the university. — Jason Howell, TexAgs senior recruiting analyst

Will more recruits stay close to home if official visits move into winter?

I think there’s a good chance you see a relatively higher rate as far as kids staying closer to home. Maybe it doesn’t always mean definitely in-state, but perhaps not as cross-country as it would be under normal circumstances. I think it’s a natural inclination to want to be closer to home given the circumstances. — Brooks

If a school was able to get a prospect on campus before the Coronavirus or has been able to get multiple visits throughout their recruitment, that familiarity is most certainly an edge. More often than not, that school will likely be closer to home, but it’s a bit of an inexact science. For the most part, recruits tend to pick a school close to

home if the fit is there. The interesting part here is if a recruit would feel comfortable visiting a school one time on an official and could commit or sign there. Will one visit be enough for this 2021 class? That remains to be seen. — Spiegelman

Should the early signing period be canceled this cycle?

I go back and forth on what to do with the early signing period. I can see why they would do away with it. If a prospect is committed, there does seem to be a pressure to sign. Whether the pressure is real or perceived is another thing, but I do think there is a pressure there. On the other hand there are a lot of guys who want to sign and be done with it. Then there are the early graduates who will enroll in January whether they sign early or not. I lean toward keeping it, even if they move it to a later date and move the late signing period back a little further. — Howell

I believe it’s still too early to cancel the early signing period for December. The biggest issue with this pandemic is the uncertainty and that again rears itself with the opportunity to sign early. Some prospects might be willing and able to sign early based on spring visits, junior year visits and the relationships they have cultivated during the crisis and if they can confirm all of that sometime this summer or fall. However, I would anticipate more commitments and decisions during the February signing period than years past. — Spiegelman

I don’t think so. The early signing period is still a choice of the athlete. It’s a means for athletes to graduate early and get to their college destinations in January to not only start training but also begin academic learning. The February signing period may see an uptick in signings this year, but I think it’s a bad idea to get rid of the early period this year  — particularly when you have a lot of recruits already committed or very close to making a decision. — Sayles

If you led a program and could sign any uncommitted prospect in Texas, who would it be?

Tough question, as there are so many valuable options. I’m a believer in building around linemen, so give me offensive tackle Tommy Brockermeyer, guard Bryce Foster or offensive tackle Savion Byrd. Offensive tackle Donovan Jackson is another solid lineman. I think all of these guys have what it takes to play football on Sundays one day. — Sayles

The name that immediately pops into my mind is Tommy Brockermeyer. He’s the No. 1 player in Texas on both the industry-generated 247Sports composite and our Top247 rankings. He’s a bona fide five-star who has a pro career ahead of him. We like him so much that we know he missed his junior season with an injury but still feel bullish about his potential and future. Plus a bookend left tackle is so very hard to find, especially one of Brockermeyer’s caliber. Having said that, there is obvious value in going with a guy at the most valuable position, which is quarterback, and in that case, I’d probably go with Kaidon Salter. He’s our No. 1 quartrback in Texas in the Top247 rankings because he’s productive vs. good competition, displays impressive natural playmaking ability that extends to off-scheduled scenarios, and possesses a strong overall athletic profile that includes a 6-2 high jump, a 22-foot long jump, and 47-5 triple jump. That multi-sport competitiveness and functional athleticism that translates to football suggest good things for him moving forward. — Brooks

If I had to make a pick, I’d go with Brockermeyer. Offensive tackle is a premium position and it might mean that James Brockermeyer, a four-star center with position versatility, might come along for the ride. Then again, I would not feel too bad going with either Foster or Wheaton in this spot. — Spiegelman

That is a tough one. If I could sign any uncommitted prospect in 2021, I lean toward running backs Camar Wheaton and LJ Johnson because of their playmaking ability and the depth at other positions. — Howell