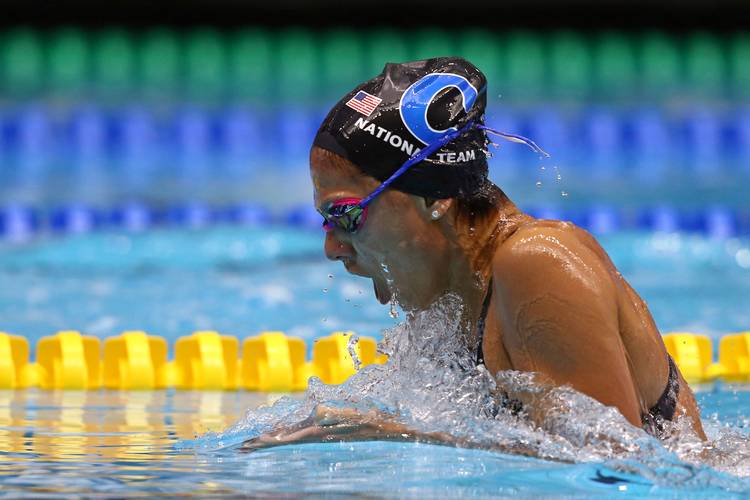 It is the night of her 19th birthday, and Kelly Pash takes a seat on the edge of her family’s kitchen table. Her burgundy dress, covered in sequins, reaches the floor. She first wore it years earlier as a sophomore at her high school prom.

Her mother, father and two older sisters are dressed for the occasion as well. The restaurants are closed in Carmel, Indiana, so the celebration takes place inside the same walls Janis and Joe Pash welcomed her home to nearly two decades ago.

She shouldn’t be here, though. Not under these circumstances. The NCAA swimming and diving championships that she and her Texas teammates had prepared for all season should have ended six days before. They never came. On March 12, the NCAA canceled all its remaining spring competitions because of the COVID-19 pandemic.

It’s not a season-ending injury or an errant penalty. It’s uniquely destructive, impacting all.

So tonight, on her birthday, the freshman swimmer stays indoors with the ones she loves, enjoying her special day in the best way she knows how to right now.

In 1990, Carmel’s population was a little more than 25,000. Today the city is home to more than 93,000, an affluent community about half an hour north of Indianapolis. When you venture toward the center of town on Keystone Parkway, your first glimpses of Carmel look a lot like the rest of it. Once you get onto East Main Street, you turn left and drive through your first roundabout. There are 128 of them in the city, a staple of its suburban landscape.

“The people here, they’re down to earth, but they also aspire to do great things,” said Chris Plumb, the head coach of the Carmel High School swimming and diving program. “It’s kind of like, my feet are planted in the roots, but we’re reaching out toward the stars type of feeling here.”

Plumb became the head coach of the Carmel Swim Club in 2003, and then the high school’s swim program three years later. When he joined the club, it didn’t have a single junior national qualifier. By 2008, two of its swimmers were competing in the U.S. Olympic trials. In 2012 the club had 17 at the Trials, including then 13-year-old Claire Adams, who’s now a senior at Texas.

Adams and her family moved to Carmel from Houston before her fourth grade year. She had never swam for a club previously and her biggest priority was only to make friends. Her first authentic experience in competitive swimming didn’t yield promising results. She began as the slowest of her age group and failed to earn a spot in any of the program’s respective A, B and C intervals.

By the time Adams reached high school, she had already begun competing at the national level and her stature was continuing to grow. One week before the Greyhounds won their 29th consecutive girls high school state championship, in 2015, the Indianapolis Star made the case for that year’s team being the greatest in U.S. high school history. It labeled the team’s leading stars — Adams, Amy Bilquist and Veronica Burchill — the “Big Three.”

The Big Three have remained big. At Texas, Adams has been a three-time conference swimmer of the year. Bilquist won some national titles in relays during her four years at Cal, and is now training for next year’s Trials. Burchill is a senior at Georgia who has had success in the SEC.

While Carmel High continued its string of impeccable title runs, the influx of young talent cycling through the local swim club also increased. Pash started swimming for the team when she was five years old and rose through the program behind her sisters, Sam and Jackie.

Her sisters competed for Carmel High all four years of high school. Greyhounds practices always were scheduled right after school ended and before the middle school swimmers took to the pool later in the afternoon. Sometimes Pash would arrive early and watch.

“You kind of sit there and get chills at how cool it was,” she said. “It was always like, ‘Oh I want to be there someday. I want to be doing that. I want to be on deck, swimming.'”

For one season, when Adams was a senior and Pash was a freshman, they were teammates. That spring, in 2016, Adams finished her Carmel High career with a 16-0 record in state meets, leading the Greyhounds to the school’s 30th straight championship — the longest state championship streak ever compiled in any sport, in any state.

“Indiana has great high school swimming,” Texas head coach Carol Capitani said. “It’s just really good coaching and good people. You get that, like, Midwest, good stock, hard-working (attitude). They’re not real high falutin’. They care about the right things. I like bringing that to my team.”

After Adams left to enroll at Texas, she remained in contact with Pash, often meeting up during breaks in the school year or reaching out to her before the annual Indiana state championships.

And when Pash began her recruiting process, Adams was there as well, hosting her during a visit to Austin.

“I saw how amazing her first two years were there while I was being recruited,” Pash said. “That was definitely something that I thought was like, ‘Wow, look how great she’s getting. She’s dropping so much time.’ I looked up to her so much, especially in high school.”

Adams became a 10-time Big 12 champion over her first two seasons as a Longhorn and was named the Big 12’s swimmer of the year as a sophomore.

Meanwhile, back home, Pash led Carmel to two more state titles before she committed to Texas during the spring of her junior year. She finished her high school career as a 12-time state champion — fourth in Indiana history, four behind Adams’ state-record 16.

Just as they had for that one year at Carmel, Adams and Pash were in line to race for the same team again. Adams began regularly inviting Pash to her apartment after Pash arrived at UT. Both of their swims improved while they developed a personal connection to a depth they’d never reached in the suburbs of Indianapolis.

“I think the coolest part has been to see how she’s the same person but she’s grown up over four years,” Adams said. “It feels like it’s my younger sister. There aren’t many people that get to do that with their friends.”

The Longhorns won their eighth straight Big 12 championship in February. Adams won seven events. Pash won six. They raced together for four of them, as part of relays.

Adams was later named the Big 12 swimmer of the year for the third time. Pash was the conference’s newcomer of the year. The torch was being passed.

“… to have that relationship and understand where each other comes from,” Capitani said, “I can see Kelly taking on that gauntlet of leadership moving forward.”

But the swimmers were about to begin practice when they learned their season was finished.

“We were just warming up and the coaches pulled us out of the water, and you can just kind of tell that something happened,” Pash said.

The Texas seniors would never race again as Longhorns, a seemingly inconceivable notion even two weeks prior. The freshmen were stripped of their national championship debuts. The long-time friends from Carmel may have competed together for the final time without being aware of it.

“I feel pretty grateful that I’m not sick and that the worst thing that happened to me was that I didn’t get to swim a swim meet,” Adams said. “At the end of the day, that’s really not that bad.”

Adams still has one year remaining in her teaching program at UT. If she has the desire to train for next year’s Olympics, Capitani has already offered to coach her. Carmel has never produced an Olympian before.

Many members of the UT squad are no longer in Austin, but teammates have had Zoom calls to stay in touch. They’re also taking online classes, but mostly they’re just adapting like everyone else.

“Everyone’s going through the same thing right now,” Pash said. “It’s just good that we all have each other still.”

Back in Carmel, two days after Pash’s birthday dinner, she’s waiting to try out the new longboard she received from her Texas teammate, Kennedy Lohman. Adams has instructed her not to ride it until another gift arrives. So for now, the board’s teal-colored wheels remain idle.

Pash pulls the front door open and finds a package from Adams sitting outside her house. She opens the box and lifts up a navy blue helmet with a teal accent on the safety strap. A perfect match.

She hasn’t learned to ride yet, but that doesn’t stop her. That’s what the helmet is for. The wheels begin to whirl against the pavement. There’s no better time than right now.

The Dotted Line: Recruiting experts weigh in on challenges faced with pandemic shutdown