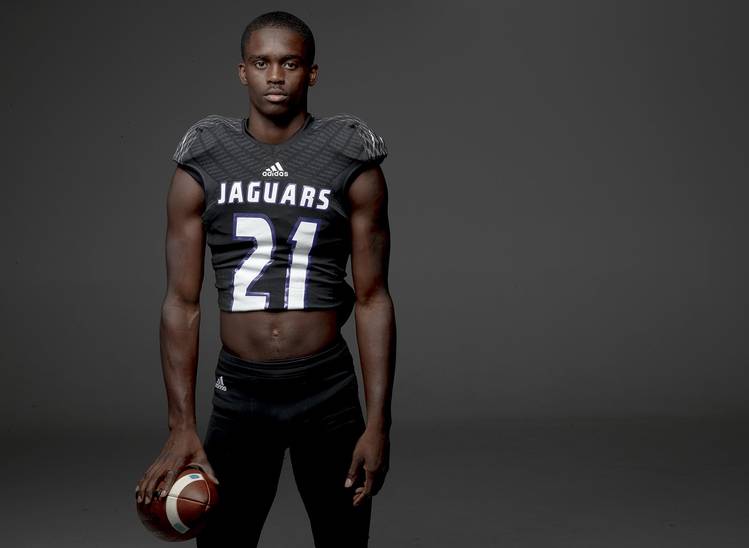 The Austin area may never produce talent like the hotbeds of Houston and Dallas-Fort Worth, but that hasn’t kept it from growing its reputation as a football factory, especially at quarterback.

The 2021 class is no different. A handful of Austin-area players rank among the top 100 prospects in Texas:

McCutchin is considered the best cornerback in the state by numerous recruiting sites and scouts. He’s the top target at the position across many recruiting boards. The one-time Alabama commit is now uncommitted and seemingly destined for Oklahoma. He missed the 2019 season with an MCL injury. He started his high school career as a freshman in Manor. He’s a long, rangy defensive back with excellent make-up speed and body control.

Watson is a terror off the edge. His ability to move and rush the passer could see him land at defensive end or outside linebacker depending on the scheme utilized by his future college destination. He holds 29 offers and is high on programs like Virginia Tech, Michigan, Arizona State, Arkansas and Baylor. Watson has 19.5 sacks and 41 tackles for loss in his first three varsity years. He recorded 38 tackles and five sacks as a freshman.

McRee was a one-time Texas commit who missed his junior season with a leg injury. The big-bodied tight end hasn’t yet made his mark on the varsity level. He caught 17 passes for 274 yards and two touchdowns as a sophomore. His senior season will be important for his recruiting status as college coaches hope to gain more tape on him. The upside and frame is there to go along with adequate speed and solid hands. He’ll need to add weight and strength to be an in-line blocker.

Dunlap is a speedy, explosive back who has averaged nearly nine yards a carry through his first two varsity seasons. He ran for 1,449 yards and 17 touchdowns on 186 carries as a sophomore. He finished with 1,341 yards and 20 touchdowns on 128 carries as a junior, adding 20 catches for 208 yards and three touchdown catches. He recently picked up offers from Virginia Tech and UCLA, bringing his total to 31.

Mukuba starred on offense and defense as a junior, earning first-team all-district honors at safety and District 12-5A Division I offensive newcomer of the year honors. He’s also the only player on this list seriously considering the Longhorns; McCutchin has a UT offer but is not interested. Texas hopes Mukuba can reverse a recent trend of local talents heading elsewhere. He’s a versatile defender who can play safety or nickel. He’s great in run support and has a solid understanding of pass coverage technique due to his time playing wide receiver.

Following Michigan WR Tarik Black’s pledge, will Texas get a boost from another graduate transfer?