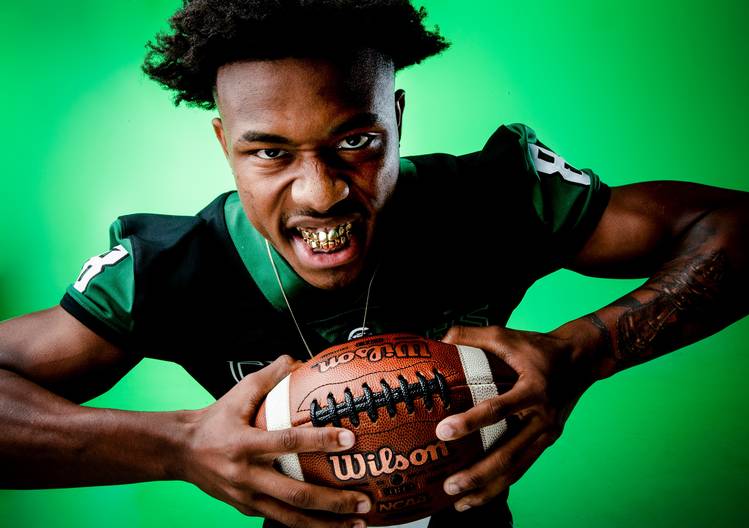 Turns out Texas wasn’t done adding to its 2020 recruiting class despite national signing day being nearly three months in the rear-view mirror. The Longhorns signed 19 players and a class that wound up ranking ninth in the nation and first in the Big 12.

That class was improved Thursday afternoon when Jahdae Barron, a four-star cornerback out of Pflugerville Connally, announced his intention to enroll at Texas a month after being released from his national letter of intent to Baylor, which lost head coach Matt Rhule to the NFL following the early signing period. Barron was given his full release by Baylor and can play as a true freshman at Texas.

“I had built a connection with the previous Baylor staff. It was weird getting to know the new group,” Barron said. “A few days after I was free from Baylor, Texas hit me up. It was an easy decision.”

“It ended up being a blessing. I love coach Ash and that group,” he said. “They want me to play all over the secondary.”

The Longhorns need youth at cornerback after signing just one prospect at the position in 2020. Barron is a 5-11, 175-pound cover corner who was avoided by opponents throughout his varsity career. He signed with Baylor back in December. Barron ranked 31st on the 2020 Fabulous 55.

Skill set: Barron is a wiry, quick cornerback who excels in man and press coverage. He’s also a willing tackler despite his lack of weight, which he’ll add once he’s in a dedicated weight and conditioning program at Texas. He rose up the recruiting rankings as a senior, showing off coverage skills that few prep athletes are capable of without college tutoring. Barron recorded two interceptions as a junior, but most teams Connally played against decided to run the football or throw to the other side of the football field.

Immediate impact: Barron impacts Texas in multiple ways. First, he’s an extra body in the secondary to use for depth and on special teams in 2020. I’d expect Barron to redshirt due to the amount of depth at cornerback with the likes of Jalen Green, D’Shawn Jamison and Anthony Cook, but Texas fans learned in 2019 that injuries can force young players onto the football field. Barron’s addition also hurts Baylor. He was among the Bears’ top-three recruits in the 2020 class.

Fitting into the program: Texas needs to improve its ability to lockdown the Austin-area as it continues to put more elite prospects into college football on a yearly basis. It looked like Barron was another Austin-area talent headed to another program until Rhule left for the NFL. The Longhorns must sign, and feature, those Austin-area kids if it wants to build a wall around the city’s talent. Barron is a hard-nosed, high-football IQ prospect from all accounts, which should be the ideal player for the new defensive coaches.

Recruiting at the position: Texas only signed Kitan Crawford at cornerback in the 2020 class and he might end up at safety or nickel. The depth at cornerback becomes thin once the 2018 signees like Green and Jamison run out of eligibility. Barron gives the Longhorns more breathing room and confidence in the depth built at the position. It takes some pressure off of signing an elite class of cornerbacks in the 2021 cycle, but expect Texas to still push for talents like Ishmael Ibraheem.