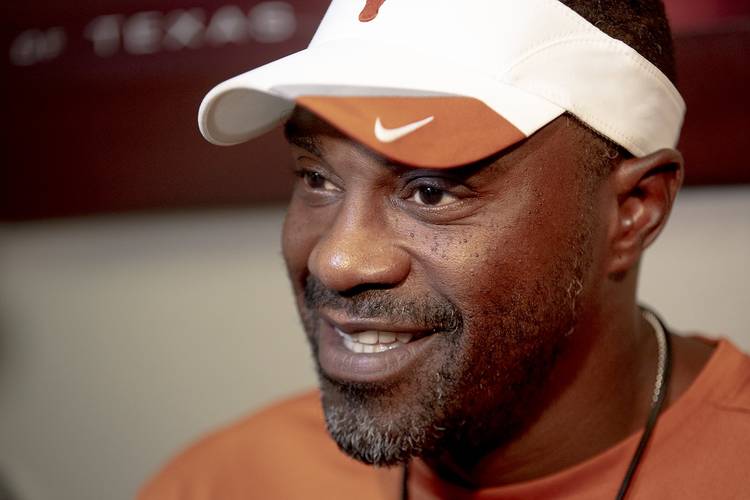 Texas coach Tom Herman hired seven new assistants this offseason, but the Longhorns are taking care of those who stayed, too.

Offensive line coach Herb Hand, running back coach Stan Drayton and strength coach Yancy McKnight are all set to get raises for the coming season.

The UT System Board of Regents are set to approve new deals for each coach and new defensive line coach Mark Hagen at its upcoming meeting on Wednesday.

Drayton will be paid $650,000 going forward, a strong bump from his previous level of $515,000. His deal is similar to Hand’s in length. He was one of the driving forces behind the recruitment of Bijan Robinson, a high school national player of the year candidate.

New defensive line coach Mark Hagen’s contract is ready to be approved by the UT regents. He received a two-year deal worth $550,000 initially. Hagen will split the defensive line duties with Oscar Giles, who has been at UT the last three seasons with Herman.

All UT football coaches contracts are guaranteed. However, the athletic department is self-sustainable and does not use state money.