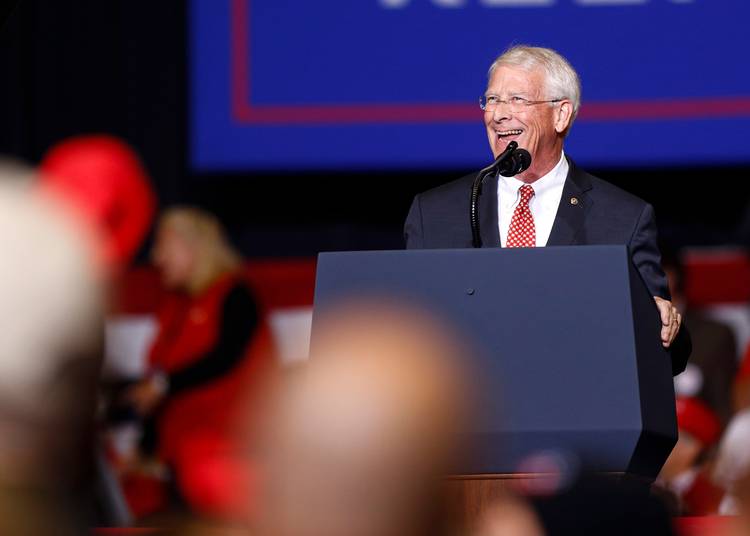 On Thursday, Senate Commerce Committee Chairman Roger Wicker sent a letter to the NCAA, each of the Power Five conferences and dozens of other college sports organizations and schools asking for responses to 20 questions related to college athletes’ ability to make money from the use of their name, image on likeness. [Ariel Cobbert/Imagn Content Services]

Senate Commerce Committee Chairman Roger Wicker (R-Miss.) on Thursday sent the strongest signal yet concerning Congressional interest in legislation relating to college athletes’ ability to make money from the use of their name, image on likeness.

Wicker sent a letter to the NCAA, each of the Power Five conferences and dozens of other college sports organizations and schools asking for responses to 20 questions related to the issue. The letter cites the Commerce Committee’s “jurisdiction over matters related to interstate commerce generally and sports in particular,” and asks for written responses by June 5.

RELATED: Bohls: NCAA is gradually looking to help its athletes, but too slowly

This indicates the likelihood that there will be a hearing on the matter before the full committee and that the committee will be the launch point for any bill that originates in the Senate. A Commerce subcommittee held a hearing on this issue in February that included live testimony from NCAA President Mark Emmert.

Sens. Chris Murphy (D-Conn.) and Mitt Romney (R-Utah) have formed a bi-partisan working group on the issue and met with Emmert in Washington in December. Sens. Marco Rubio (R-Fla.) and Cory Booker (D-N.J.) also have been active concerning NIL. Rep. Mark Walker (R-N.C.) has introduced a bill in the House that would make it easier for athletes to make money on their name, image and likeness.

Thursday’s letter comes a week after the NCAA Board of Governors, the association’s top policy-making group, approved a broad set of recommendations concerning rules changes related to athletes’ use of their name, image and likeness. The moves would allow athletes to have endorsement deals, make money from public appearances and social media, sell their memorabilia and autographs, as long as schools aren’t involved in arranging these activities and they are not used as recruiting inducements.

However, numerous details remain to be worked out before the NCAA membership plans to have final votes on the changes in January.

Wicker’s letter specifically asks recipients to “provide your perspective on the recommendations” the Board of Governors approved last week.

Also, in addition to taking action last week, the Board of Governors reiterated the association’s interest in a federal law that would supersede state legislative actions related to college athletes’ use of their NIL.

Late last September, California Gov. Gavin Newsom signed into a law a bill that will make it easier for athletes in that state to make money off their name, image and likeness, beginning Jan. 1, 2023. That led to similar bills being introduced in dozens of other state legislatures. In March, Colorado’s became law, also effective Jan. 1, 2023. And the Florida legislature has sent a bill to Gov. Ron DeSantis, who had announced his support for such a measure; that measure would take effect July 1, 2021.

A Board of Governors committee has been discussing how the NCAA should approach Congress, and last week, it said it will “engage Congress to take steps that include the following:

• Establishing a “safe harbor” for the Association to provide protection against lawsuits filed for name, image and likeness rules.

• Safeguarding the nonemployment status of student-athletes.

• Maintaining the distinction between college athletes and professional athletes.

• Upholding the NCAA’s values, including diversity, inclusion and gender equity.”

Texas’ Joseph Ossai on his unshakable belief: ‘I want to win a national championship’