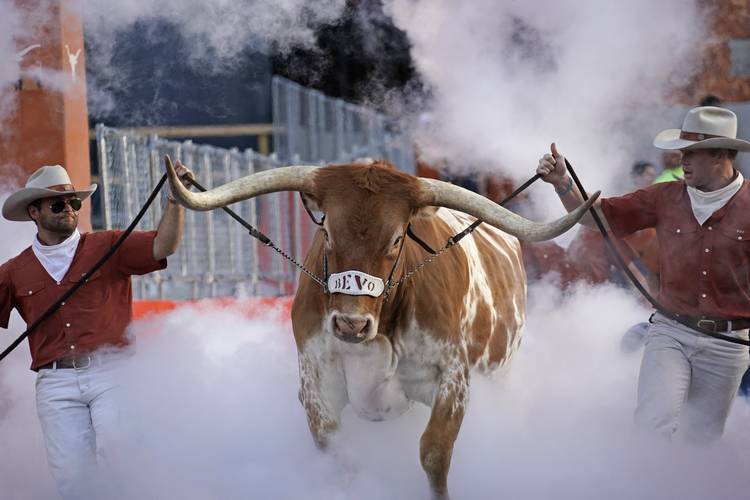 Skill set: Blackwell is outside the 2021 Fabulous 55 and is considered the 32nd-best outside linebacker in the class. It appears that coaching staffs across the nation differ on their evaluation of Blackwell compared to recruiting sites, and I’d expect a rankings bump for Blackwell by the summer because of his production and offer list. Any linebacker with offers from Alabama and Georgia can play the position.

Immediate impact: There’s not a bigger question mark on Texas’ defense than at linebacker. Blackwell, and any other linebacker commit in 2021, should arrive on campus with the opportunity to earn playing time as a backup or on special teams. Texas lacks proven depth behind expected starters Juwan Mitchell and DeMarvion Overshown.

Blackwell could work his way onto the two-deep and avoid a redshirt by becoming a special teams star. It’s more likely that he participates in four games and keeps his redshirt unless a rash of injuries force him into early playing time.

Fitting into the program: The public is still getting to know what new defensive coordinator Chris Ash wants in defensive prospects. The picture is getting clearer at linebacker: Ash craves athleticism and versatility. Blackwell is a modern linebacker with the ability to chase down ball carriers, cover tight ends in space and blitz the quarterback. He’s an overgrown safety playing linebacker, much like Overshown. Texas wants speed at linebacker to counteract the spread formations prominent in the Big 12.

Recruiting at the position: Texas now holds two commitments at linebacker, but don’t expect Ash to slow down if the Longhorns can close with Smith and Cooks. Ash sees Smith, a four-star outside linebacker from Texas High, as a possible defensive end. That leaves Cooks as the top target at linebacker. He’s an athletic linebacker from Alvin Shadow Creek, which produced 2020 signee Xavion Alford.