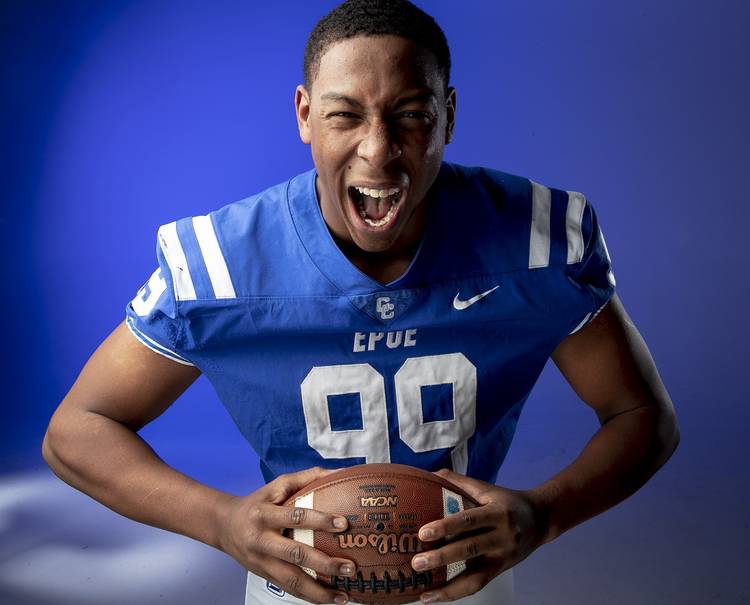 The promise of football in the fall appears to be solidifying across the south as coaching staffs expect to return to work on a limited basis in June and Texas governor Greg Abbott announcing his intention to allow the return of sports in the near future. That means a group of players lost in the shuffle amid COVID-19 concerns, the 2020 recruiting class, is readying for their time to finally practice football with their future teammates.

Texas enters 2020 with an experienced football team at most positions on offense and defense. Led by a senior quarterback and a talented group of secondary players, the Longhorns shouldn’t need to rely on as many true freshmen to contribute as Herman did early in his tenure. That said, the Longhorns also need new talent to help fill gaps on the depth chart and push the starters.

The advantage of enrolling early, which eight of the 19 Texas signees elected to do, was erased when schools closed and spring practices were cancelled. Each of the 2020 signees will arrive on campus with no advantages. Below, we take a closer look at five 2020 signees who should carve out an immediate role in burnt orange.
Advertisement

Robinson was the only composite five-star recruit to sign with a Big 12 program until Zach Evans, the No. 1-ranked player on the 2020 Fabulous 55, signed with TCU last week. Robinson doesn’t need to arrive on campus ready to carry the load. The Longhorns return Keontay Ingram and Roschon Johnson to the position. Ingram is a potential NFL draft pick, while Johnson transitioned smoothly from high school quarterback to collegiate running back.

That provides Robinson with the perfect opportunity to grow into the college game without needing to be a focal point early in the season. Expect his role to increase as Texas enters Big 12 play and Robinson better grasps the playbook and blocking assignments required to stay on the field for long periods of time.

Robinson was the no. 1-ranked running back in the nation. He didn’t sign with Texas to watch other people play running back, but the modern game calls for a stable of rushers and he provides Texas with exactly that heading into 2020.

Collins was a borderline composite five-star, finishing the recruiting cycle ranked 62nd in the nation. He was the highest-rated defensive recruit in the 2020 class, choosing Texas over Oklahoma and Alabama on national signing day. Keeping the Bastrop product close to home was goal no. 1 for defensive line coach Oscar Giles last cycle. Collins is 6-5 and should arrive on campus closing in on 300 pounds.

The Longhorns expect to use a four-man front in 2020 under the direction of new defensive coordinator Chris Ash. Texas recruited for a three-man front for the past three years under Todd Orlando’s direction. That means the Longhorns need bodies to help build depth, and Collins is a player capable of remaining on the edge or evolving into a three-technique defensive tackle who can play next to Keondre Coburn, Moro Ojomo or T’Vondre Sweat.

Dorbah possesses a certain skill set as a pass rusher that should allow him to find a role as a true freshman on third down and obvious passing situations. The 6-2, 208-pound four-star played defensive end his entire career, but most expect him to transition to linebacker due to his lack of bulk. Even if Dorbah ends up a linebacker, that doesn’t mean he can’t line up at defensive end or as a stand-up edge rusher in place of Joseph Ossai or on the opposite side of the line of scrimmage. Dorbah recorded more than 40 sacks in his three-year varsity career.

Broughton likely sees the field as a true freshman for the same reasons as Collins. Texas’ transition to a four-man front requires more bodies at defensive tackle than the Longhorns recruited under the old regime. Broughton is a high-upside athlete with a basketball background. He didn’t play his first season of competitive football until his sophomore year of high school. Broughton enrolled early and hoped to get a head start on his classmates, but that didn’t happen because of COVID-19.

It was tempting to pick a defensive back like Xavion Alford or Jahdae Barron for the fifth spot because both are likely to find roles on special teams. Texas fans are familiar with how quickly injuries can force young players into playing time after the 2019 season, but the safety and cornerback rooms at Texas are stacked with experienced players entering 2020.

Offensive linemen and quarterbacks rarely make an early impact, so that leaves me the wide receiver position. Omeire was the best signee of the 2020 group, and the Longhorns might need help at the outside receiver position after losing Collin Johnson to the NFL. Omeire is a tall, long outside receiver with freakish athleticism. He could easily find himself as one of the top options off the bench behind expected starters Brennan Eagles and Marcus Washington.