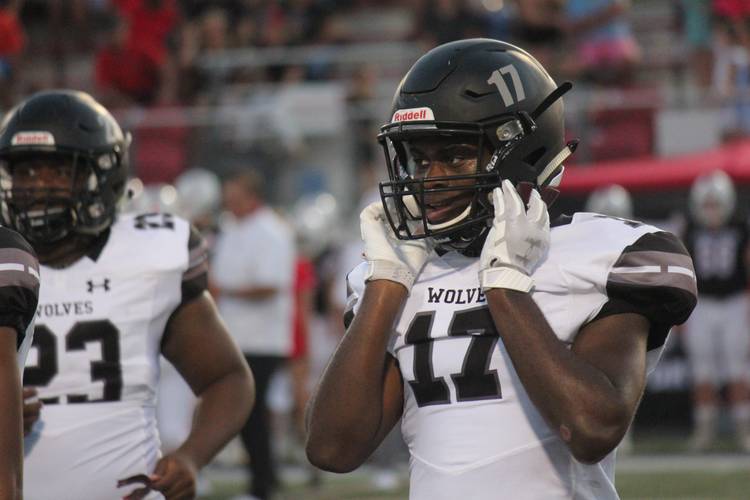 The Next 25 consisted of eight defensive backs, more than any other position. We begin to break down the entire list of prospects, starting with Nos. 25-21.

Biddle’s offer list reads like one of the top players in the state, highlighted by offers from Texas, Oklahoma, Alabama and Auburn. The quick, rangy safety recorded 43 tackles and broke up two passes as a sophomore. His athleticism, frame and willingness to help against the run make him a hot commodity on the recruiting trail because safeties who can cover like cornerbacks are more valuable than ever in the modern game.

Hullaby and Biddle are similar players with similar body types and offer lists. Hullaby played his freshman year at Dallas Bishop Dunne before transferring to Timberview to start his sophomore season. He earned District 6-5A Division I newcomer of the year honors in 2019. He landed a Texas offer on April 20 and has added more from Tennessee, Oregon and Auburn since the start of May. Landon’s older brother, Jaden, signed with Texas in 2020.

Katy always seems to be a hotbed of talent and that won’t change in 2022 with two players listed on the Next 25. Taylor, who’s the son of former Notre Dame and NFL defensive back Bobby Taylor,  is a long, lean cornerback with great coverage skills and solid physicality for a young player at his position. Katy demands its corners to be physical and play man-to-man coverage on the outside. He started as a sophomore on a Katy team that reached the third round of the Class 6A playoffs.

No. 22: Jadarian Price, Denison running back

The 2022 cycle is a good year for in-state running backs and Price is among the most explosive in Texas; 247Sports’ composite ranks him as a top-100 player nationally and the 11th-best running back in the country. Price arrived on the varsity scene as a freshman, earning District 7-5A Division II newcomer of the year honors in 2018 when he rushed for 1,421 yards and 16 touchdowns. His load lessened as a sophomore, but he still managed first-team all-district honors.

Evans caught 43 passes for 757 yards and seven touchdowns as a sophomore. He’s also a star on the track, running the 100- and 200-meter sprints. He can play outside or at the slot position. He’s quick enough to make defenders miss after the catch and fast enough to reach the end zone with an open field. Evans is also a solid route-runner for a young prospect. He added offers from A&M, LSU and Penn State last week. His stock is on the rise.