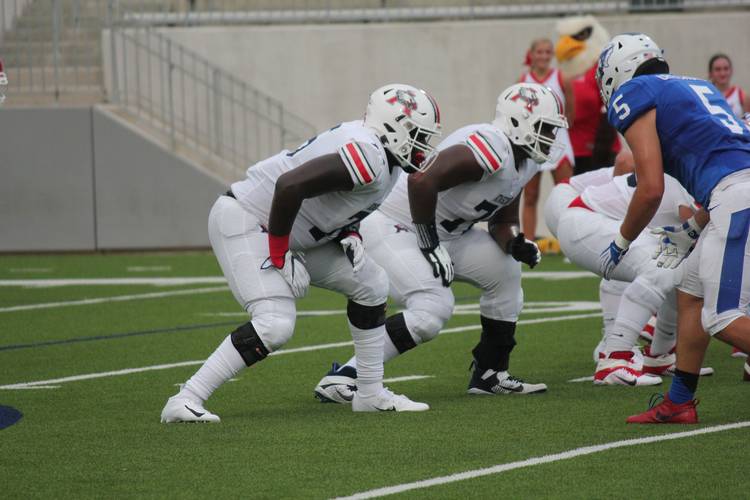 The Next 25 consisted of eight defensive backs, more than any other position. We continue to break down the entire list of prospects with Nos. 20-16.

El Paso isn’t known as a hotbed of recruiting talent, but one player could help change that perception in 2022. Jones isn’t ranked by the recruiting services yet, but he will be soon with offers from power programs like Texas, Alabama and Texas A&M. He rushed for 1,1134 yards and 15 touchdowns on only 116 carries as a sophomore. He’s also a great receiver out of the backfield, accounting for 33 receptions for 498 yards and five touchdowns in the same season. Those numbers earned Jones District 2-5A Division II’s all-purpose athlete of the year honors in 2019. Texas offered on April 20. A&M and Alabama followed in May.

Green is the only tight end to make the Next 25. He’s also the only tight end in the class to currently hold an offer from Texas. He was a first-team all-district performer as a sophomore, earning MaxPreps Sophomore All-American honors after 34 receptions for 615 yards and five touchdowns. He is more wide receiver than true tight end at this point of his career, but he has a frame to add enough weight and strength to be a true three-down tight end by the time he graduates high school.

No. 18: Justin Medlock, Manvel inside linebacker

Medlock moved from the Dallas area after his freshman year and made an immediate impact at Manvel as a sophomore, earning first-team all-district honors. It’s increasingly difficult for college scouts to find middle linebacker prospects as offenses move toward the spread and defenses are forced to adjust by utilizing their best players on the edge. Medlock reminds me of former Oklahoma star Kenneth Murray because of his ability to get sideline-to-sideline. He recorded 117 tackles, including eight for loss and 3.5 sacks as a sophomore. Ohio State is the favorite.

Duncanville continues to churn out elite-level talent on a yearly basis. Early is a fast rising sophomore who should continue to add offers and move up the rankings because of his combination of size and athleticism. He earned first-team all-district honors while starting for a program that reached the Class 6A Division I championship for the second year in a row. Early plays tackle but could become an interior line prospect if he doesn’t grow more than his 6-4 frame. If he continues to add a couple of inches to reach 6-6, he’ll become a dominant tackle prospect.

Atascocita is quietly becoming an offensive line factory in the Houston area. It has produced Texas left tackle Samuel Cosmi and Texas A&M right guard Kenyon Green. Dewberry is the next commodity from Atascocita and he already holds one of the most impressive offer lists in the state. He’s the second highest-ranked offensive line prospect on the list. He’s another player who could transition to guard in college after spending his career as a prep tackle.