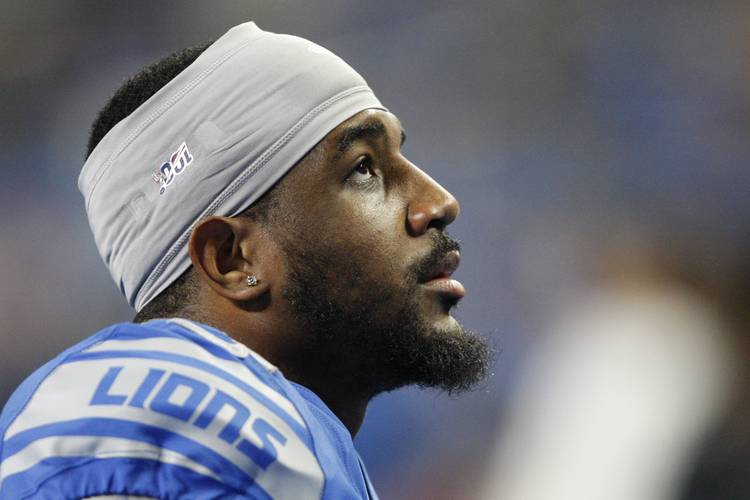 Former Texas standout Quandre Diggs went from the Detroit Lions to the Seattle Seahawks last season. Like just about every other NFL player, he’s been riding out the coronavirus pandemic at home. (Raj Mehta/USA Today)

But he has to admit he may not be as bothered by it as a lot of people might be.

“The quarantine is perfect for me,” Diggs said last Thursday when he talked to Seattle-area reporters via Zoom from his home in Austin. “Because this is my life. I stay at home. Chill with my family. Play video games. Hang out. Crack jokes on Twitter. Instagram. This is kind of my life.”

Within that life remains the task of trying to get ready for a 2020 NFL season that, like everything else right now, is colored in uncertainty.

Diggs became one of the key players on the Seahawks’ defense when he was acquired in a trade from Detroit last October, immediately becoming the starting free safety and adding stability to a secondary that struggled mightily the first half of the season.

Diggs had three interceptions in five games — which tied for the team-high for the season — as the Seahawks went 4-1 in his starts, including wins against playoff teams the 49ers, Vikings and Eagles. After suffering a high-ankle sprain, he returned to play in both playoff games, including the wildcard rematch victory at Philadelphia. With Seattle returning every starter in the secondary from last season, Diggs had hoped for an offseason in which could better learn the Seahawks defense and refine his game.

Instead, like every other NFL player — if not most Americans — Diggs is being forced to adapt to a new way of working, continuing to take part in the team’s offseason program through virtual meetings.

“You’ve got to take it all in stride,” he said. “I think the situation at hand is bigger than football at the moment.”

Because he is in Texas and two hours ahead of Seattle, he can sneak in his workout before the virtual meetings. He said he typically works with a trainer from about 9-11:15 a.m. or so.

He heads home, eats a quick lunch and gets on the Seahawks’ Zoom meetings at noon Austin time.

Those last two hours (which are long as is allowed by the NFL during this portion of the offseason), beginning typically with a team meeting led by coach Pete Carroll before breaking into offensive and defensive meetings and then position group meetings.

Diggs said he often fits in another cardio workout once the meetings are over.

That he’s able to get in his workouts with a trainer means the biggest difference for Diggs is the Zoom meetings and not being in the same place with his coaches and teammates. Carroll has spiced up the meetings with Zoom crashes by actor Will Ferrell and Golden State Warriors coach Steve Kerr, the latter to talk a little about what it was like to play with Michael Jordan.

“I think it’s kind of dope to have these people come in and just spend some time with us,” Diggs said.

While it’s hard to know exactly how a one-of-a-kind offseason will impact anything on the field in the fall, Diggs notes that the relative stability with its coaching staff means the Seahawks at least have a lot less new stuff to teach this offseason than some other teams.

“We’ll have the same offense, the same defense,” Diggs said. “We have a few new players. But I feel like we have the grasp of the offense and defense and special teams.”

That led Diggs to conclude that the Seahawks “could hit the ground running” whenever teams will be allowed on the field.

As a six-year NFL veteran, Diggs says he’s not sure he’d really need all that much of a training camp and preseason.

But the coronavirus pandemic means little can be assumed right now.

As Diggs noted, most starters don’t play much in the preseason anyway &quot;and as far as getting in shape and things like that, I feel like you can do those things on your own.&quot;

So, the way Diggs sees it, the Seahawks get could ready for a season pretty quickly, saying that if the preseason schedule has to be cut or even eliminated, “I don’t think it’s that big of a deal.”

Diggs has paid close attention to how events have progressed the past few months and isn’t shy to offer opinions.

While Austin has a stay-at-home order through the end of May, Diggs said he worries that Texas is moving too quickly to try to get back to normal. Among other things, bars were allowed to start reopening at limited capacity last Friday.

Diggs said he has not only his daughter but “an 87-year-old grandmother I’ve got to keep safe.”

“I just think we are doing a little too much right now. But we’ve just got to roll with it and keep ourselves safe.”

And rolling with whatever is decided is what he says he will also do on the field this fall.

“My job is to be ready to go when these guys give us the call to go,” he said.