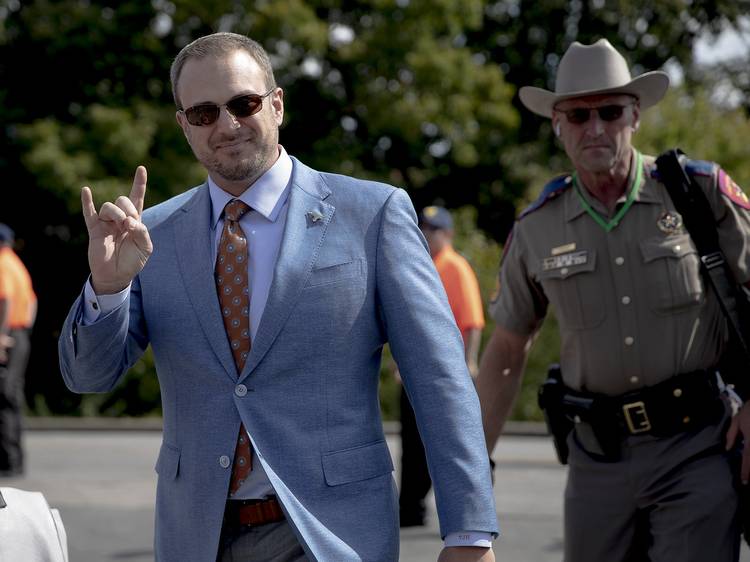 Texas has extended more offers to wide receivers — 23 — than any other position so far in the 2021 recruiting cycle. Nine of those receivers remain uncommitted. Texas’ class has only one true wide receiver in Casey Cain, though committed athletes Ja’Tavion Sanders and Billy Bowman Jr. could wind up as receivers, though they both also could star on defense.

Without much proven depth, the Longhorns need to restock the pond in the receivers room. Texas hopes to sign at least three receivers, though that depends on where the coaching staff sees Bowman and Sanders winding up.

Here is a closer look at a few of the uncommitted receivers who are holding UT offers:

Alexis is a 5-11, 175-pound speedster who is credited with a 4.41 laser-timed 40-yard dash. He also competes in the 100- and 200-meters. He’s Monarch’s student class president. He played both ways as a junior, but his collegiate upside is at wide receiver where he caught 49 passes for 894 yards and eight touchdowns. Alexis holds 36 offers, including one from Alabama and recent offers from Wisconsin and Purdue.

He comes from a proven football bloodline as the son of Rich Alexis, who starred for the Washington Huskies before playing for multiple teams in the NFL. Alexis’ speed and size suggests long-term success as a slot receiver.

A player doesn’t amass 36 offers without talent and upside. Aleis is considered a national top-400 player and the 63rd-ranked receiver in the country. He’s also he 63rd-ranked prospect in the state of Florida by 247Sports’ composite ratings. That’s a higher national ranking than 2020 UT signee Dajon Harrison of Hutto, who is considered by many in-state as a potential sleeper in Texas’ previous class.

The speedster picked up an offer from Texas on May 25. He is a three-sport athlete, participating in football, track and basketball. He excels at the long jump and in the relays. He was named the District 7-5A Division I co-offensive MVP as a junior when he caught 71 passes for 1,419 yards and 16 touchdowns. He also carried the ball 10 times for 87 yards and a pair of touchdowns. Texas A&M also offered Henry in May.

Jackson is the top-ranked outside receiver remaining in the state with Cody Jackson pledged to Oklahoma and Quay Davis headed to USC. Jackson is a tall, long receiver with a huge catch radius because of his arm length and leaping ability. He was a first-team all-district selection as a junior when he accounted for 61 catches for 889 yards and six touchdowns. Arkansas is currently in the lead.

Knox is the fastest wide receiver in the state. He moved to Texas from Louisiana before his junior season. He holds 20 offers, with Mississippi State in the lead. Before leaving Louisiana, he won the state silver medal in the 100 and 200 meters in the spring of 2019.