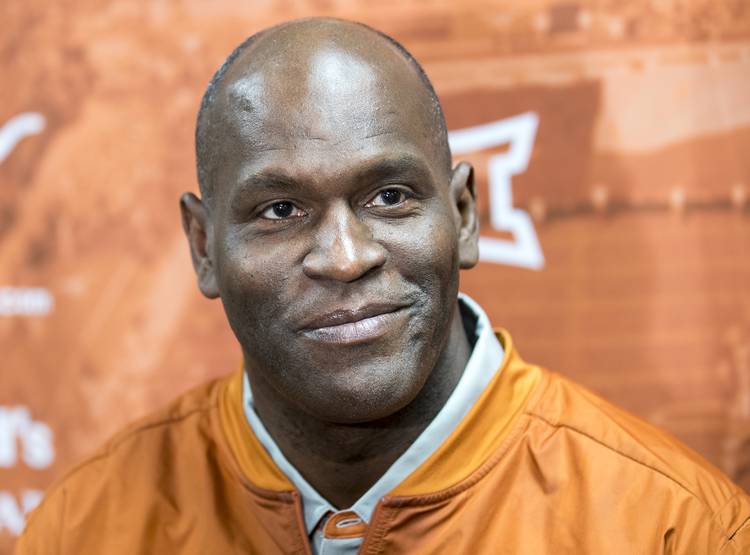 Texas’ 2020 recruiting class was headlined by promising defensive tackles Vernon Broughton, Alfred Collins and Sawyer Goram-Welch. The Longhorns hope to repeat the trick again in 2021, except this time the focus is on edge rushers.

Texas is potentially two steps there if Ja’Tavion Sanders, a five-star athlete from Denton Ryan, winds up at defensive end rather than wide receiver. Four-star defender Derrick Harris Jr. is an outside linebacker and defensive end hybrid, much like Joseph Ossai was coming out of Conroe Oak Ridge. Harris was recruited as a linebacker by the old defensive staff, but the expected move to a 4-2-5 means Harris is destined for defensive end.

Texas’ class consists of 13 members, ranking 10th in the country and first in the Big 12. Tom Herman has signed a top 10 class and won the Big 12 recruiting title for three straight cycles.

April was a great month for Walker, who added offers from national programs like Texas, UCLA, Michigan and Texas Tech. The lone Crystal Ball prediction from 247Sports gives Texas a slight advantage over the field. The Longhorns probably need to get him on campus in the fall or winter to feel good about securing his commitment over Colorado. He’s a long, agile edge rusher with a great frame to add muscle mass.

Thank you to all the schools that put time in recruiting me and with that being said these are my top 5 schools. @MHS_FB_Recruits #wawg #wawn pic.twitter.com/F6aLeCDdJH

The Longhorns offered Jones on May 23 and were included among his top five schools alongside Baylor, Colorado, Nebraska and Missouri. Jones recorded 55 tackles, including 16 tackles for loss and six sacks, as a junior. He holds 27 offers. He’s a strong player off the edge with a proven record of finding the quarterback.

Regis has emerged as the clear-cut favorite to fill the lone defensive tackle spot open in the 2021 class. The Longhorns offered on June 19 and immediately jumped the other 18 programs on Regis’ offer list. Regis possesses a similar body build to former UT defensive tackle Poona Ford and current nose guard Keondre Coburn. Regis is low to the ground at 6-1, but he uses his lack of size as an advantage in leverage. He’s strong at the point of attack and disruptive in the backfield.

The DeSoto prospect recorded 10 tackles for loss and eight sacks as a junior. Alabama might quietly be the leader. Turner did express interest in staying in-state earlier in the cycle, but the allure of SEC stardom might be too much for the south Dallas native to pass up. Turner is an excellent pass rusher, but he’s also big enough to be a run-enforcer on the edge or move to a three-technique defensive tackle.

Get it in writing: Texas gets 60 protected dates, all gameday revenue in Moody Center contract