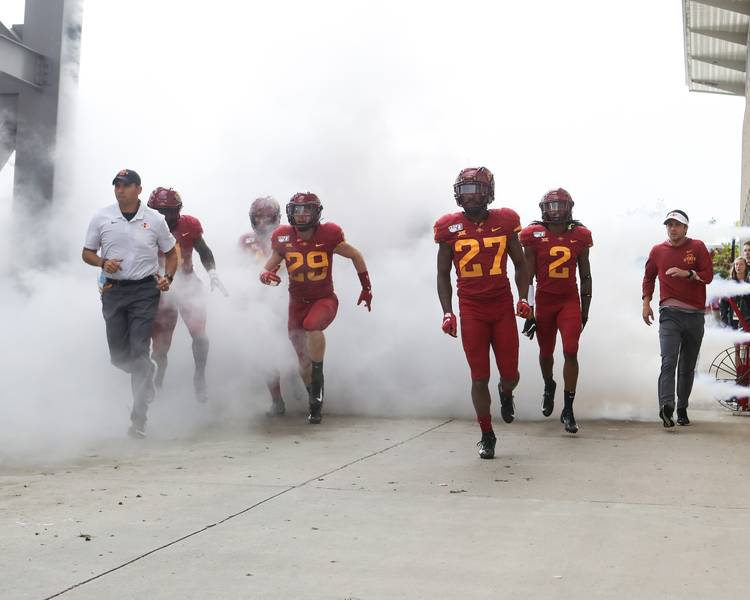 Is Iowa State ready to take that next step? The Cyclones finished in a tie for third place in last year’s Big 12 race, have a solid quarterback going into his third year as a starter, a dynamic tight end who may jump to the NFL after this season and one of the conference’s top head coaches. Iowa State gets both Oklahoma and Baylor at home but must travel to Texas. Quarterback Brock Purdy is 14-8 as a starter and last year broke school records in passing yards, passing touchdowns, completions and total offense.

Last year, Iowa State was 17th in our preseason poll.

As has been the case with every college program, the coronavirus pandemic put the Cyclones behind in terms of not having spring football and causing a budget crisis. Facing a $5 million budget shortfall, Iowa State enacted one-year pay cuts for coaches and staff (expected to ave $3 million) as well as wiping out bonuses and incentives (another expected $1 million). … QB Re-al Mitchell, who redshirted in 2019, transferred to Temple but the Cyclones picked up a solid graduate transfer in Greg Ross, who started 11 games the last two years with North Carolina.

Tight Ends U: The Cyclones boast not one, but two all-conference tight ends. Iowa State tight ends combined for 75 receptions for 971 yards and 10 touchdowns last year — and all three are back. Charlie Kolar, in particular, generates the most buzz; he was third on the team in receptions and had seven touchdowns in a first-team all-conference season. Chase Allen was a second-team pick. Ames looks to be a good landing spot right now for tight ends; the newest one will be junior college transfer DeShawn Hanika, a 6-6, 225-pounder.

Getting defensive: Offense shouldn’t be a problem this year. But the defense must replace the production of OLB Marcel Spears, who started 39 straight games (the last three years) of his career and had a team-high 92 tackles and seven pass breakups last season. The top candidate to replace him is Jake Hummel, a senior who’s been Spears’ backup. Landing Ross from North Carolina will bolster an already-good secondary. And DE JaQuan Bailey has 18.5 career sacks, which is already tied for the school record but also ranks third-most among all active college players.

That’s the ticket: Single-game tickets likely won’t be available this fall. Jack Trice Stadium, which seats 60,500, will be limited to 30,000 fans on Saturdays. The Cyclones expect to hit that number on season ticket sales, so athletic director Jamie Pollard said the school “doesn’t anticipate” selling single-game tickets. Cyclones home games usually generate about $63 million to the local economy, according to the Ames chamber of commerce.

This Big Ten school claims five national championships, but its last came in 1960, five years after its current head coach was born.

Menu Share on Facebook Post to Twitter
Next story: UT’s DeMarvion Overshown: ‘I can not continue to perform for a program that doesn’t show me the same love and support I do for them’
Advertisement