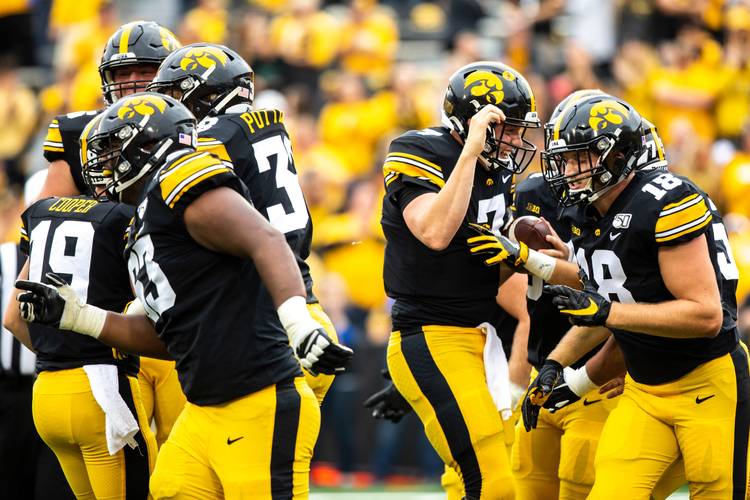 Although the Hawkeyes lost a handful of pivotal playmakers to the NFL, the cupboard is far from bare in the uncertain landscape of the Big Ten’s West Division. Running back Tyler Goodson looks primed for a breakout season after an impressive freshman debut, and future NFL draft pick Alaric Jackson anchors another strong offensive line from his left tackle spot. If senior defensive end Chauncey Golston can help Iowa maintain a fierce pass rush, the team should contend for a spot in the Big Ten title game. Don’t be surprised if the division title comes down to the regular-season finale between Iowa and Wisconsin on Nov. 28.

It has been a turbulent summer for the football program. Allegations from former Hawkeyes of a hostile culture toward Black players were followed by a former running back’s claims that coaches had sabotaged his NFL future. Iowa cut ties with a coach at the center of the culture allegations — strength and conditioning coach Chris Doyle — and paid him $1.1 million. … And that’s not all. The NFL did a number on the roster, drafting three juniors (OT Tristan Wirfs, DE A.J. Epenesa and DB Geno Stone) who would’ve been All-American candidates in 2020. And QB Nate Stanley, now a Minnesota Viking, left as the school’s No. 2 career passer. … OT Ezra Miller, a 2019 four-star recruit, transferred to Nebraska and LB Dillon Doyle transferred to Baylor. But the Hawkeyes did get graduate transfer defensive end Matt Lorbeck, who played in 38 games over the past three seasons for Northern Illinois.

Better with age: No other coach at an FBS program has been at his school longer than Ferentz, who’s as much an Iowa institution as a bushel of corn and Ray Kinsella’s field of dreams. Ferentz, now in his 22nd season with the Hawkeyes, will turn 65 before the season kicks off but he’s won 47 games over the past five years, including his sixth double-digit wins season in 2019.

Big man, big arm: New quarterback Spencer Petras may be from California, but he has a Midwestern look. The 6-5, 230-pound sophomore boasts good pocket presence and a big arm that should be able to handle the nasty fall weather in Big Ten land. And having a veteran receiving corps led by seniors Ihmir Smith-Marsette and Brandon Smith won’t hurt, either.Texas connection: Iowa, which traditionally leans on the Midwest to fill its recruiting ranks, has three Texans on the roster.

Eyes on Texans: Incoming freshman quarterback Deuce Hogan, who played his prep ball at Grapevine Christian near Dallas, may have drawn the most attention after spurning offers from schools such as Baylor and Oklahoma State. But Flower Mound Marcus’ Matt Hankins will play the biggest role among the Lone Star trio. The senior defensive back had 58 tackles a year ago and has already been announced as part of the team’s leadership council.

No. 24: Iowa State is building in Ames, looking at Big 12’s bigger fish