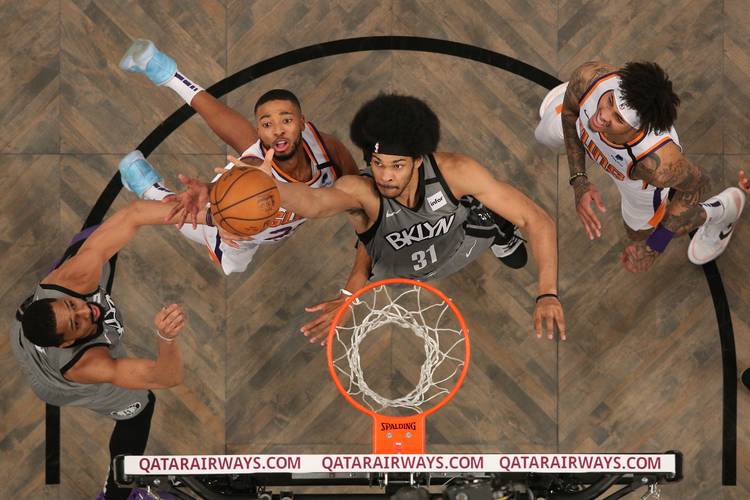 Allen is set to be the starting center for the Brooklyn Nets as they travel south for the NBA’s 22-team resumption of the regular season. He will replace DeAndre Jordan, the veteran center who succeeded Allen as the starter just two games before the season was suspended after the coronavirus pandemic shut down the United States.

Jordan, who tested positive for COVID-19 in consecutive days at the end of June, chose to forego the trip to Orlando with his teammates.

That means Allen, who’d been in and out of the starting lineup under former head coach Kenny Atkinson, then subsequently relegated to a bench role when Jacque Vaughn assumed interim coach status after Atkinson’s dismissal, will see the brunt of the minutes at the center spot.

“I’ve made a staple for myself as to what I can do in the NBA. DeAndre’s out as we heard. I wish him the best. I want him to get healthy and recover well,” Allen said in a Thursday conference call. “For me, I’ve been in this position before.”

The Nets will be relying on Allen once again. Without Jordan, their veteran big man with six seasons worth of playoff experience, The Fro is the only big man on the team who has played regular minutes this season. The Nets players missing the Orlando bubble could form their own team and fight for playoff positioning: Jordan, Kevin Durant (Achilles), Kyrie Irving (shoulder), Wilson Chandler (family reasons) and Nicolas Claxton (shoulder) all will miss the resumed season.

Spencer Dinwiddie, who tested positive for COVID-19 and is exhibiting symptoms of fever and chest tightness, has yet to make a decision on his status.

For Allen, playing in the Orlando bubble wasn’t a tough decision at all.

“It’s Disney and the NBA. I believe they’re going to make the best situation they can,” he said. “They’re going to try to keep us as healthy as possible. I did question myself whether it’s worth risking my health, but at the end of the day, I think weighing the options, it’s better for me to go. I’m not too concerned about the health portion.”

The Nets took advantage of the transaction window that closed at midnight on June 30. They waived reserve guard Theo Pinson and signed combo guard Tyler Johnson, who last played in Phoenix earlier this season. Brooklyn also learned Chandler, the team’s starting power forward, was opting out of the Orlando bubble due to concerns spreading the coronavirus to his family members — including his grandmother — and replaced him with Justin Anderson, who played minutes in Brooklyn earlier this season.

“His sort of MO from the moment he’s gotten to the NBA is just being a physical presence that is able to make a difference on the defensive end,” sharpshooter Joe Harris said of Anderson on a Thursday conference call. “Then offensively just crashing the boards, crashing the glass, little intangible stuff, hustle type plays, he adds all of that and just a great guy to have around, great guy to have in the locker room.”

The Nets have ample time to sign substitute players in place of those who chose to forego the Orlando bubble, but there are not very many players left on the open market who can make a big enough impact to break into Vaughn’s rotation. Reserve forward and second-year forward Rodions Kurucs will likely see additional playing time. Kurucs found himself on G-League assignment with the Long Island Nets more often than not this season despite shooting nearly 39% from 3. He was Brooklyn’s starting power forward for a chunk of last season.

That means the focus, once again will be on Allen, the rim-running and -protecting big man who is averaging about 10 points, 10 rebounds and a block-and-a-half per game this season.

There is a chip on his shoulder after moving in and out of the rotation this season despite a breakout sophomore year.

“I just need to come out and prove that I’m able to play at this level again,” Allen says.