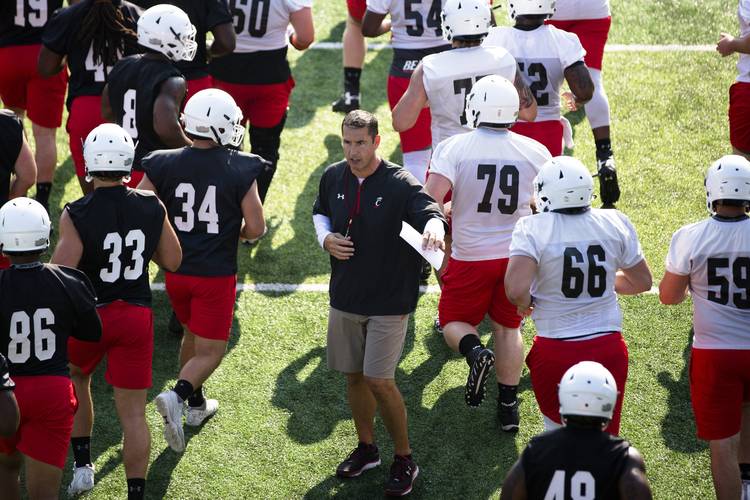 Things are looking up in the land of Harambe, Skyline chili and traditionally mediocre college football. The Bearcats have things humming behind fourth-year coach Luke Fickell, with back-to-back 11-win seasons for only the second time in school history. Can the American Athletic Conference team make a surprise run at the College Football Playoff? If dual-threat quarterback Desmond Ridder takes the next step as a passer and Cincinnati overcomes conference nemesis Memphis, it just may happen.

Graduation took a toll, but the transfer market certainly proved bullish for a team hoping to return to its conference title game. Running back Jerome Ford, a former four-star recruit at Alabama, could thrive while not sharing carries with other blue-chippers. Former Michigan recruit James Hudson will likely start at left tackle after sitting out a season, while one-time Notre Dame wideout Michael Young and Ohio State transfer Blue Smith will revitalize the receiving corps. Former star tight end Josiah Deguara may now be catching balls from Aaron Rodgers in Green Bay, but Michigan State transfer Noah Davis could slide into his starting spot.

Ground control, major stomp: Under Fickell and offensive coordinator Mike Denbrock, Cincinnati went from running for 1,624 yards in 2017 to more than 3,000 yards in each of the past two seasons. But with Warren — the Bearcats’ workhorse running back — gone, Ridder, in his third year as the starting quarterback, may have to carry a heavier load. The fact that understudy Ben Bryant started ahead of him in a big conference game against Memphis late last year wasn’t a ringing endorsement by the coaching staff.

Big D: The defense was plenty good last season, allowing a conference-low 21.7 points a game and holding foes to just 143.4 yards rushing per contest. Those numbers could drop even more with eight starters and 15 of the top 17 tacklers back. Ponder, a 6-3, 275-pound tackle with quick feet and fast hands, draws comparisons to Aaron Donald — at least from the most devout Cincinnati fans. A star-studded secondary features three returning all-conference players, including a freshman all-American in Ahmad Gardner with the spicy nickname of “Sauce.”

Lone star: Last season, Cincinnati was one of only seven teams in the nation without a Texas high school football product on its roster. Ironically, native Texan Brig Owens (Linden) is arguably the best player in program history. A quarterback for the Bearcats in the early 1960s, Owens became an all-pro defensive back for Washington in the NFL before serving as the assistant executive director for the National Football League Players Association.

This school has faced Texas in a bowl game within the past 10 years, and at every home game, the band plays the theme to “The Blues Brothers” at the start of the second half.