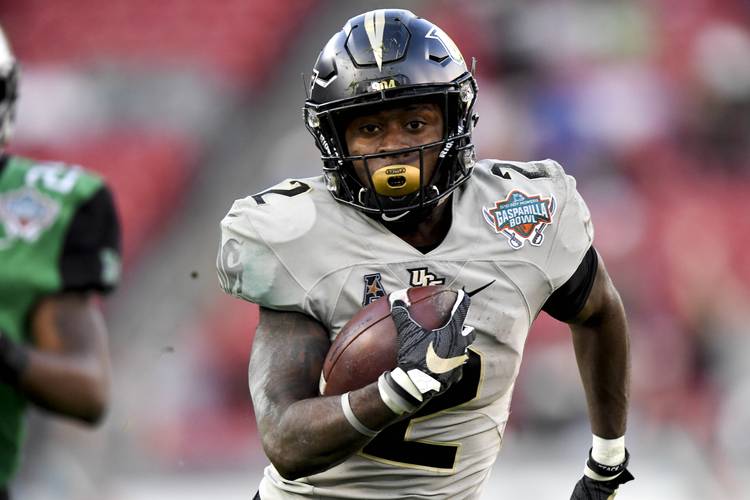 It has been three years since Central Florida went undefeated and crowned itself as a national champion. The Knights haven’t matched that magical 2017 season, but they haven’t fallen off the radar, either. Over the past two years, UCF is 22-4. This fall, Central Florida should find itself in dogfight in the American Athletic Conference. Last year, the AAC had as many 10-game winners — Cincinnati, Memphis, Navy, SMU and UCF — as it did teams with losing records.

Last year, Central Florida was 16th in our preseason poll.

QB options: During the 2019 season, Gabriel led the nation’s freshmen in passing yards and ranked 13th nationally. Gabriel, whose cousin starts on Texas’ volleyball team, fell just 10 passing yards behind UT’s Sam Ehlinger and Liberty’s Stephen Calvert and was 12 yards shy of Clemson’s Trevor Lawrence. If Gabriel slumps as a sophomore, UCF has intriguing options on its bench. McKenzie Milton and Darriel Mack have started before, and Milton starred on the 2017 team. But Milton (knee) and Mack (ankle) are both working their way back from serious injuries.

Receivers reloaded: When Buffalo used the 128th pick on Davis, he became the third UCF receiver to be drafted since 2015 (Breshad Perriman, Baltimore 2015; Tre’Quan Smith, New Orleans 2018). Davis accounted for 26% of UCF’s receptions last year, but Gabriel won’t be left without any targets. Williams and Nixon ranked 13th and 15th in the AAC in passes caught last year. UCF receivers coach Darrell Wyatt, who worked at Texas from 2011-13, also will have Oklahoma transfer Jaylon Robinson to throw into the mix.

Early test: When it comes to its national perception, UCF will have to gain some clout in its games against Power Five schools. In the middle of September, the Knights should be favored against rebuilding Georgia Tech. Central Florida also will have a chance to send a huge message in their season opener. UCF is set to host a Mack Brown-led North Carolina team on Sept. 4. The Tar Heels went 7-6 last year and are picking up votes in preseason polls across the country.

Where Central Florida ranked nationally in various statistical categories last season — and how the Knights ranked in 2018.

This school is a founding member of the Big Ten, but hasn’t won a conference title since 1967.