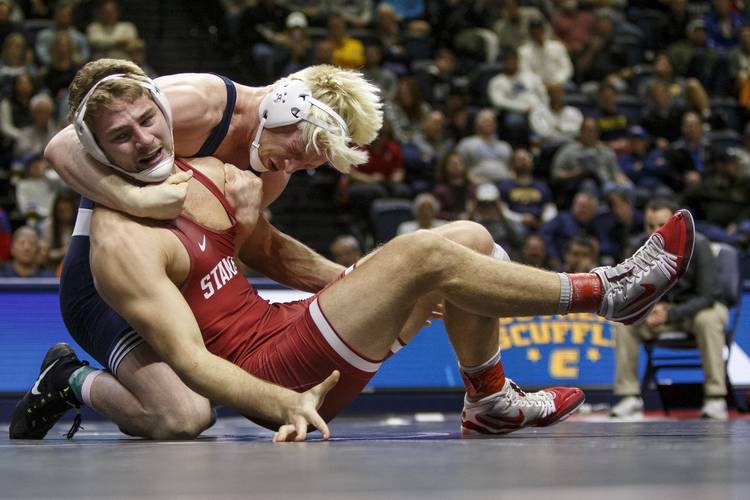 There have been plenty of worrisome developments in the world of college sports since the coronavirus pandemic first struck in March.

Perhaps none in as many distinct areas, and in as rapid succession, as there were Wednesday.

In a span of less than 10 hours, Stanford announced that it is cutting 11 of its 36 varsity sports programs, including field hockey, wrestling and men’s volleyball. The Ivy League said its schools will not participate in any sporting events through the fall semester, while leaving open the possibility that fall sports (like football) could be pushed to the spring.

Then Ohio State announced it was pausing workouts in seven sports, including football, after receiving the results of its latest batch of COVID-19 tests. North Carolina made a similar move earlier Wednesday after learning of 37 positive tests.

It was a remarkable string of developments, providing reasons for pessimism about the trajectory of college sports at multiple levels.

The positive tests at Ohio State and UNC prompt questions about whether and how offseason workouts can safely continue across the country. The Ivy League’s decision could be the metaphorical canary in the coal mine for college football season. And Stanford’s cuts foreshadow the long-term budgetary challenges that may pop up at dozens of top-tier schools in the coming years.

“As you can imagine, this has been a heartbreaking day for all of us,” Stanford athletic director Bernard Muir said.

He was speaking specifically about the Cardinal, but the same could be said for the entire industry. It was a brutal day. And as COVID-19 continues to spread, with more than 130,000 Americans dead in its wake and 3 million recorded cases to date, there’s no telling what new challenges might still be on the horizon.