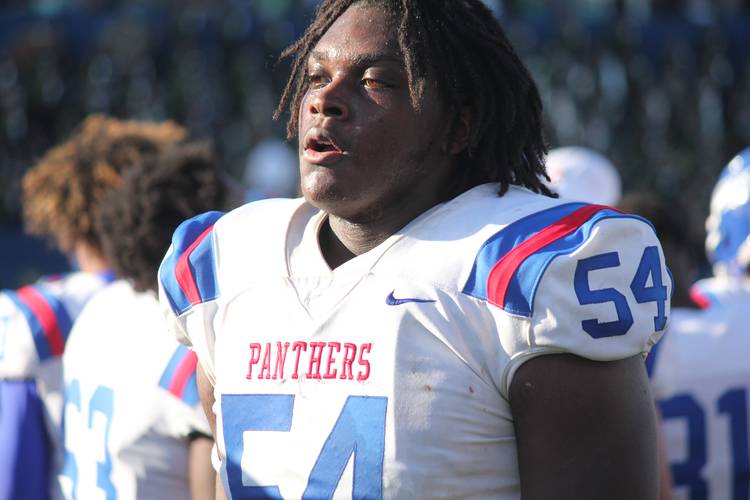 Texas’ pursuit for the best offensive line prospects in the state took a hit Friday afternoon when Tommy and James Brockermeyer chose Alabama over the Longhorns and dozens of other major programs. Tommy is a five-star offensive tackle ranking second on the 2021 Fabulous 55. James, a center, is a four-star checking in at No. 40.

The loss of the Brockermeyer twin stings extra given the pair’s family ties to the Texas program. Their father, Blake, played offensive line for the Longhorns in the 1990s. Their older brother, Luke, is currently an outside linebacker on the team.

Don’t expect the Longhorns to stop their pursuit of the Brockermeyer twins strictly because of their commitment. Recruiting continues until a player signs a national letter of intent, which can’t happen until mid-December.

Texas has offered 10 offensive tackles thus far in the 2021 cycle. Byrd is one of the four uncommitted, and one of only two within the state of Texas. He must be Texas’ top priority at the position with Tommy Brockermeyer seemingly off of the recruiting board. Byrd is an athletic big man, playing defensive tackle for a Class 6A Division I state finalist. The only other in-state offensive tackle with an offer who remains uncommitted is Denton Braswell’s Erick Cade.

Byrd developed an early connection with Texas offensive line coach Herb Hand. Texas was one of Byrd’s first major offers as the Longhorns frequently stopped by Duncanville during the successful recruitment of 2020 quarterback Ja’Quinden Jackson. Byrd and Jackson are close. That bodes well for Texas. Byrd holds 21 offers. The Longhorns must beat the likes of SMU, Oklahoma and LSU for his signature.

Foster remains the top target at guard for Texas despite rumblings that Oklahoma is the clear-cut favorite. The Longhorns hold commitments from his teammate, Conner, and Katy Tompkins quarterback Jalen Milroe, who played with Foster and Conner in middle school. Foster also wants to compete on the track and field team as a thrower, which should benefit Texas considering the Longhorns field a stronger team than Oklahoma, Texas’ biggest rivals for the signature of “The Mountain”, as he’s known in the recruiting world. Foster is one of five guards offered by the Longhorns, and one of two left uncommitted. The other is Jagen Burton, a four-star from Kentucky.

James Brockermeyer was Texas’ lone offer at center until Myslinski received one on April 3. His offer list is impressive with the Longhorns left to battle it out with Iowa, Florida State and Maryland. The three-star possesses strong blood lines. His father, Tom, played offensive line at Tennessee before a nine-year NFL career. Tom is currently the strength and conditioning coordinator for the Jacksonville Jaguars.