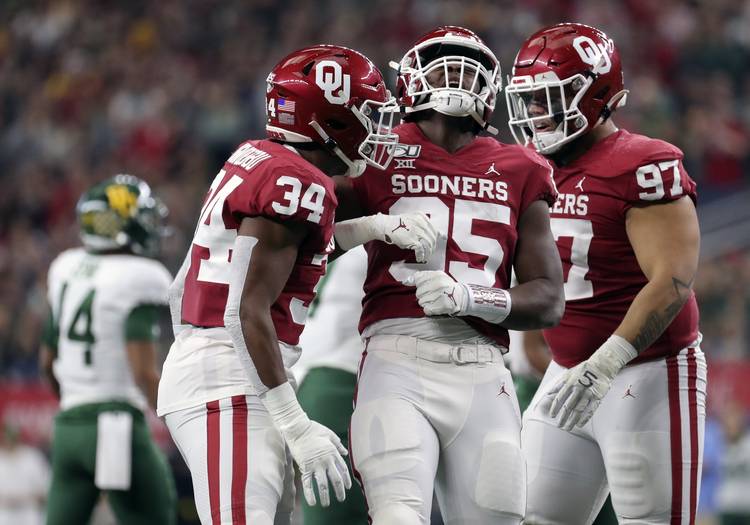 OU fans have enjoyed three glorious years in Norman under head coach Lincoln Riley. There were back-to-back Heisman Trophy winners and last year’s feel-good story in college football with Jalen Hurts. Oklahoma has won three Big 12 titles the last three years and has become a regular on the College Football Playoff stage. But this year looks to be more difficult. There is no obvious Heisman-caliber quarterback, at least not yet. The defense, which should be better than last season, still has room for improvement inside the 20-yard line. The Sooners should get the benefit of the doubt, though. And they have in most preseason Big 12 polls.

Oklahoma was ranked fourth in our preseason poll last year.

Coach: Lincoln Riley (36-6, all in three years at Oklahoma)

Defensive coordinator Alex Grinch made quite a first impression last season. Last year was the first time in the 24-year history of the Big 12 that Oklahoma led  the conference in total offense (526.9 ypg) and total defense (330.6 ypg) in league play. The 1997 Nebraska squad was the first to accomplish that. A lot of that offense was driven by Hurts, a transfer quarterback from Alabama. Now OU has to rely on its home-grown, recruited talent. Tanner Mordecai was a four-star recruit who redshirted in 2018. Spencer Rattler was dynamic in his three brief appearances last season, preserving the freshman’s redshirt status. Kennedy Brooks and Charleston Rambo will get most of the offensive attention early, but OU needs a strong triggerman at the controls.

Six in a row: The Sooners are looking to win their sixth consecutive league title this season, something that would be an incredible accomplishment at a school with a long championship history. OU last won six straight league titles in the 1970s. Oklahoma is the only Power Five program to win six outright conference titles in a row (12 straight, from 1948-59). By comparison, Texas has won only three Big 12 titles in the 24-year history of the conference.

Young guns: Oklahoma’s defense tilts young. Seven of the Sooners’ top 10 tacklers last season were either freshmen or sophomores. Safeties Pat Fields and Delarrin Turner-Yell, defensive lineman Ronnie Perkins and linebacker Shaun White started all season while other first-year players like linebackers Nik Bonitto and David Ugwoegbu, defensive lineman Jalen Redmond and cornerback Jaden Davis all got starting experience somewhere along the way. It’s a unit that could be monstrous at some point.

Getting his kicks: For all the hullabaloo that Texas kicker Cameron Dicker received early in his career, OU’s Gabe Brkic is proving to be every bit as dependable. The Lou Groza Award semifinalist enters the season with a school-record 17 consecutive made field goals. Last year he became the first kicker in school history to make all his field goal attempts (17 for 17) and extra-point kicks (52 of 52) in a single season. His contributions are critical; OU ranked sixth nationally in scoring (42.1 ppg).

Where Oklahoma ranked nationally in various statistical categories last season — and how the Sooners ranked in 2018.

This school’s stadium is the second largest football stadium in the country, regardless of level. It seats 106,572.

The Dotted Line: Texas, Oklahoma rise to top of the Big 12 recruiting rankings