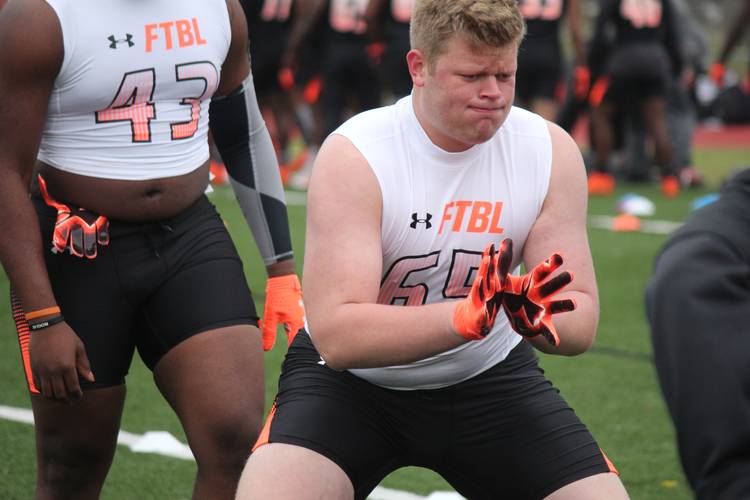 There is no guarantee that high school football will take place in the fall as COVID-19 continues to postpone the opening of schools across the nation. California announced on Monday that school-sanctioned sports are canceled throughout the fall, though high school athletes can compete with their club teams during that time.

The possibility of football not happening until next spring presents a challenge for modern recruits, who are choosing to enroll early in colleges at a higher rate than previous generations of players. If football is moved to the spring, or if it extends past the first semester in any way, recruits preparing for early enrollment face a tough choice: Enroll in college and begin the next chapter or finish their respective high school seasons and wait until the summer to enroll in college.

“Yes, I’m planning on enrolling early, but I don’t know what I’d decided to do in that scenario,” said James Brockermeyer, an Alabama commit who plays at Fort Worth All Saints. TAPPS has pushed back its high school season until at least September. Texas has yet to announce a plan for fall sports. “It would be a tough decision,” Brockermeyer said. “Hopefully, I won’t have to make it.”

The growing emphasis on enrolling early is two-fold. It helps a player get a head start on his classmates, providing a quicker route to playing time as a freshman having already gone through a full offseason and spring practice. It also benefits colleges by reloading the depth chart as more players leave early for the NFL. Nine of Texas’ 20 signees from the 2020 class enrolled early.

“I’m graduating in December and heading to Austin for spring regardless of what happens with high school football,” said UT offensive line commit Hayden Conner. “If I would have known that here was no football this fall before July, I would have enrolled in my last class (Economics) for the second summer session and reclassified to the 2020 class. I had already applied for graduation and Texas had a roster spot for me to come early.”

The overwhelming majority of recruits I asked echoed Conner’s sentiment. Enrolling early is the more appealing option than remaining in school for one last fling with high school teammates. The ultimate goal is to have success as a college player.

“I will enroll early no matter what,” said Derrick Harris Jr., a four-star defensive end who’s committed to Texas. “The advantage of me enrolling early is to get in the weight room and start adding enough weight to play early in my career. I would also get used to the college lifestyle and how classes work. I’d graduate from college quicker if I enroll quicker.”

The simple truth is that most of the high-level prospects who contemplate enrolling early have already outgrown the high school game. These players already dominate their level of competition and not as much is gained during practice when you’re that much better than your teammates. The pendulum switches for a true freshman.

“I’m going straight to college,” said Tunmise Adeleye, a four-star defensive lineman who’s committed to Ohio State. “There is more time for me to practice with elite competition. That will prepare me more for my true freshman year than another season of high school football. I want to play my senior year, but if those are the choices I’m given, I’m going to college.”