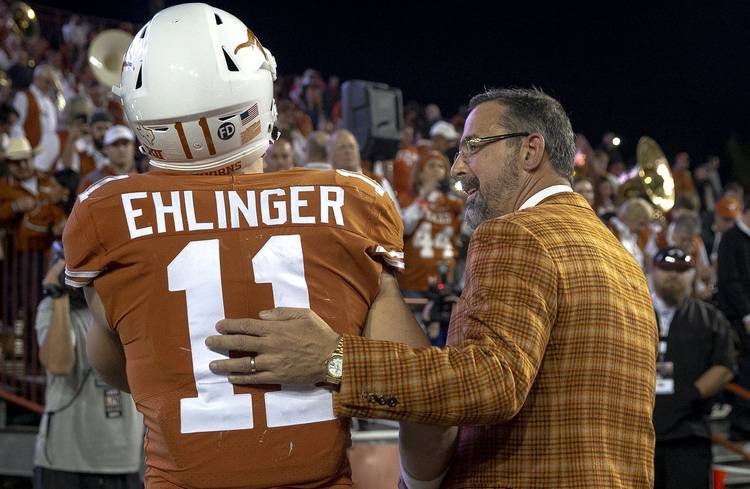 Looking for some good news regarding college football? Texas has no football players testing positive for COVID-19 and none in self-isolation, either.

In fact, the Longhorns have no positives on their volleyball or men’s and women’s basketball teams, according to UT athletic director Chris Del Conte. The soccer team begins initial testing this week.

In his weekly newsletter to fans, Del Conte said the school will increase coronavirus testing to twice a week when mandatory team activities begin in August.

“We are continually amazed and encouraged by the commitment our student-athletes demonstrate as we progress through the phases of team activities in the safest manner possible,” Del Conte said. “That’s positive news as we further instill and support health and safety in this new environment for our student-athletes.”

The positive news shot is a stark contrast to the doom and gloom all over social media regarding college athletics.

Smaller conferences continue to postpone or outright cancel their fall sports seasons. Ohio State announced it will have only 20% stadium capacity at Buckeyes’ home games this season. Major League Baseball is figuring out how to handle an outbreak with the Miami Marlins.

It’s still unclear when the Big 12 Board of Directors will announce whether the league will even have a season. But teams are tipping their hand. Iowa State announced it had lined up a non-conference game against Ball State for Sept. 12 to replace one of its lost games.

Texas Tech and TCU are also actively searching for opponents to fill out its non-conference schedule. Big 12 commissioner Bob Bowlsby has said in numerous interviews that his league wants to play a full 12-game schedule, if possible.

Teams are allowed to start practice on Aug. 7. Walk-throughs and team meetings started in earnest last Friday. As of now, UT is scheduled to open the season Sept. 5 against South Florida. The Big 12’s virtual preseason media day is scheduled for Monday.

Texas had not unveiled updated coronavirus testing numbers in several weeks. The school announced on June 18 that 13 players were either positive or presumed positive.

Oklahoma announced last week that it had no positive athletes and that 16 had recovered from COVID-19.

“The number of student-athletes testing positive or being identified in contact tracing has dropped dramatically in the past weeks as universal facial coverings, social distancing, and enhanced hygiene have taken hold,” Del Conte wrote about UT’s numbers.

As for what the gameday experience will be like at Royal-Memorial Stadium, UT has said it anticipates 50% stadium capacity, in line with state mandates.

“We’ve shared the information we know at this point,” Del Conte wrote to fans, “but will continue to do so, as we expect more to become available in the coming weeks.”

The Dotted Line: A closer look at Texas’ top offensive priorities in the 2022 cycle

The Dotted Line: Who are Texas’ top defensive targets for the 2022 recruiting cycle?