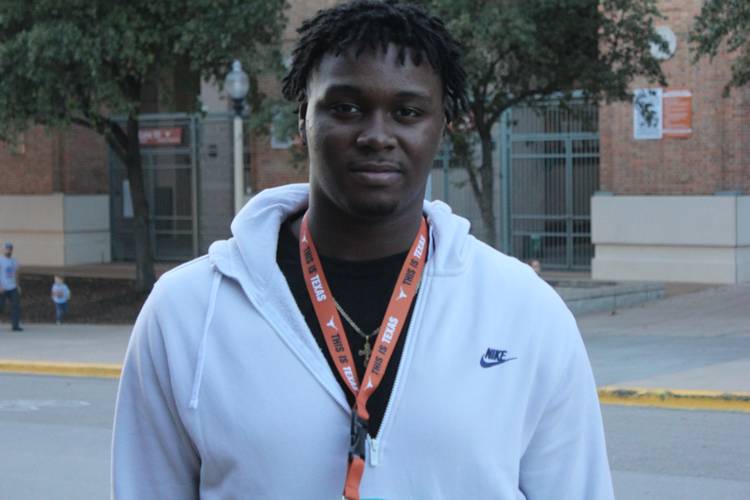 Texas made the top six for Terrence Cooks, a three-star outside linebacker from Alvin Shadow Creek. The Longhorns are in a battle against Oklahoma, Texas A&M, Washington, Baylor and Georgia. The 6-2, 210-pound prospect earned second-team all-district honors as a junior, helping Shadow Creek go 16-0 and win the Class 5A Division I state title.

#AGTG The race is almost over 🏁, introducing … THE TOP 6️⃣ pic.twitter.com/PHPH7u8pR2

“I probably won’t commit until December because of the coronavirus making it impossible for us prospects to go see the schools I want to check out,” Cooks said. “Texas is obviously up there for me. I was able to see the school for junior day before the shutdown and I know a few of the players already on campus.”

One of those players is Xavion Alford, a 2020 signee from Shadow Creek who is heavily recruiting Cooks to join him in Austin. As are 2021 UT commits like Derrick Harris Jr. and Jalen Milroe.

“I think it is important to build relationships with guys before I pick a school,” Cooks said. “The players are more likely to tell you the truth about the experience at a school than coaches. I’m not going to pick a school because my friends are there, but it doesn’t hurt.”

Cooks recorded 72 tackles as a junior, forcing three fumbles. Texas wants him to join Morice Blackwell, a four-star outside linebacker from Alrington Martin who committed to Texas in the spring. Cooks is the 25th-ranked outside linebacker in the class and a member of the Fabulous 55.

Texas also made the cut for Pleasant Grove defensive tackle Marcus Burris, a four-star Fab 55 member. Texas A&M and Oklahoma are the finalists alongside the Longhorns. Texas A&M is considered the favorite. His teammate, Landon Jackson, was also a Texas target before the four-star defensive end chose LSU.

The Longhorns were dealt a tough blow when Tommy and James Brockermeyer, two of the state’s best offensive line prospects, chose Alabama despite their family ties to the Texas program. Tommy, a five-star tackle, and James, the state’s top center prospect, are the sons of former UT standout Brockermeyer and the younger brother of current Longhorns linebacker Luke Brockermeyer.

Texas wants a center prospect in the 2021 class. The Longhorns are moving out of state for the next target at the position and appear to be in a good position with Myslinski, a three-star from Jacksonville, Fla. who holds 26 offers, including Michigan State, Florida State and Iowa. The 6-2, 285-pound prospect is the son of Tom Myslinski, who played at Tennessee before a nine-year career as an NFL lineman. Tom is currently the strength and conditioning coordinator for the Jacksonville Jaguars.

The Longhorns hold a commitment from just one offensive lineman in the 2021 cycle. Texas and offensive line coach Herb Hand need to add more depth at the position. Myslinski is the 17th-ranked center in the country. Texas is also hoping to sign fellow line targets Savion Byrd and Bryce Foster.

Hartzell: Texas now looking at 25% capacity at Royal-Memorial Stadium for 2020