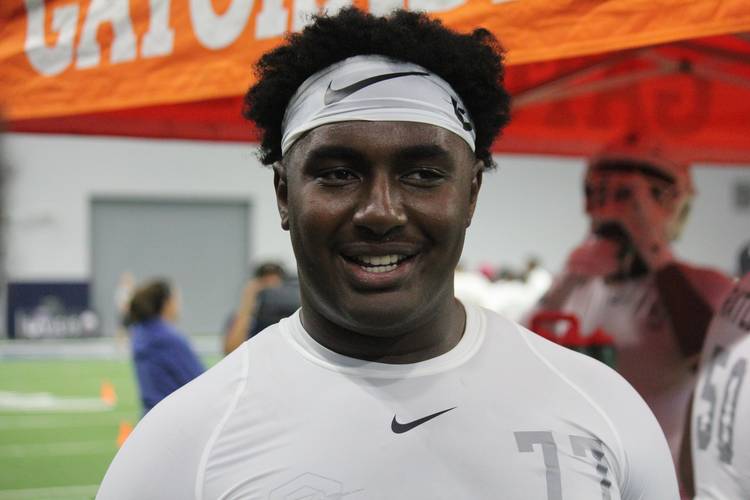 Bellaire Episcopal offensive tackle Donovan Jackson ranks No. 1 on the 2021 Next 25.

High school football practices began Monday for Class 4A schools and below as the state attempts a return to normalcy despite COVID-19 health concerns. The offseason was unique for all parties. The high school prospects in the 2021 class weren’t allowed to take visits or attend camps. College coaches couldn’t visit prospects in the spring. It has led to an interesting and challenging recruiting cycle.

The 2021 Fabulous 55 debuted in February. This is the updated version based on more film study, discussions with college and prep coaches, as well as offer lists. The list remains relatively unchanged, with five new members. The top three players on the list also remain unchanged.

The challenges presented this spring and summer haven’t slowed the pace of commitments. Forty-two of the 55 members are pledged somewhere. Twenty-two of those 42 are committed to out-of-state programs. The Big 12 leads with the most pledges (19), just ahead of SEC’s 16. Texas leads all schools with nine pledges. Texas A&M is second with five.

The class is offense-driven with a strong crop of offensive linemen and quarterbacks headlining the list. Donovan Jackson, an offensive lineman from Houston Bellaire Epicopal pledged to Ohio State, remains the top-rated player in the state. The 6-4, 308-pound five-star is considered the top guard in the country despite playing tackle for his prep team. Jackson was awarded the 2019 Offensive Line MVP award at The Opening last summer, beating out prospects from the 2020 class. Brockermeyer recently pledged to Alabama.

The state of Texas is the quarterback capital of the football world with NFL players like Patrick Mahomes and Drew Brees leading the charge. The future is in great hands with the 2021 class with 10 quarterbacks represented on the list. Texas commit Jalen Milroe is the top-rated quarterback at No. 13. Nine offensive linemen made the list, including UT commit Hayden Conner.

Texas’ top-rated pledges are a pair of athletes from Denton Ryan as Ja’Tavion Sanders and Billy Bowman Jr. check in at the fourth and fifth spot, respectively. Seventeen different programs possess at least one commitment on the Fab 55. Baylor and Oklahoma are tied with four pledges each.