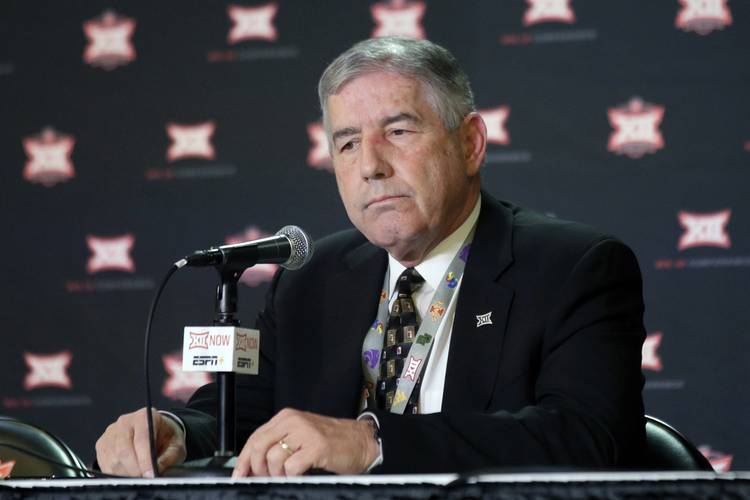 No decision has been made about going forward with the college football season, but there’s been no progress over the last 30 days to have complete confidence in that, Big 12 commissioner Bob Bowlsby somberly told the American-Statesman on Sunday night.

Asked if it’s looking less and less likely there will be football this fall, Bowlsby said, “I don’t have anything other than our (medical) experts’ opinions to draw upon. Have we made progress? Probably not. Have they told us to shut it all down? No, they have not.”

The Power Five conference commissioners representing the Big 12, SEC, Big Ten, ACC and Pac-12 met for about an hour Sunday in their regularly scheduled session, not an emergency session as was portrayed in several social media corners. They talk weekly and have since the start of the coronavirus pandemic in March.

“We’ve always felt a sense of urgency,” Bowlsby said. “But the last 30 days have not been a positive trend. There’s never been a drop-dead date. It’s always been situational. The virus decides what we do.”

Oklahoma gave its football players the option to go home, but Bowlsby said that also had something to do with the movement of the Sooners’ season opener with Missouri off the Aug. 29 date. He said the league had three games scheduled for that Zero Week, but all will be pushed back.

“Yes, they shut down camp and sent kids home,” Bowlsby said of Oklahoma. “I don’t know for exactly how long. But because they didn’t keep that game in Zero Week, it’s a long time to be in preseason camp.”

The Big 12 has yet to release its schedule, but Bowlsby said he expected it to be completed this week.

He also downplayed the effect that the Mid-American Conference’s cancellation of its fall season will have on the rest of the conferences.

“It’s certainly a data point we take into consideration, but I don’t know if it makes our decision for us,” Bowlsby said. “I don’t know how to say what impact it has on our presidents and chancellors.”

Bowlsby reiterated that it would have to be the Big 12 Board of Directors to make such a decision. They will meet in their regularly scheduled session on Tuesday night.

“Any decisions are up to our boards,” he said. “Decisions haven’t been made yet. We wanted to get in some practices and see what it looks like with the players in helmets and shoulder pads on.”

When asked if there was uniformity among the Power Five leagues, Bowlsby said, “Not necessarily. Ultimately, we’ve got to do what’s best for the conference.”

Asked then if it was possible that some Power Five conferences could cancel the season and some could not, Bowlsby said, “I’m not going to speculate on that.”

As Longhorns plead for their season, Texas star Caden Sterns joins a call to unionize