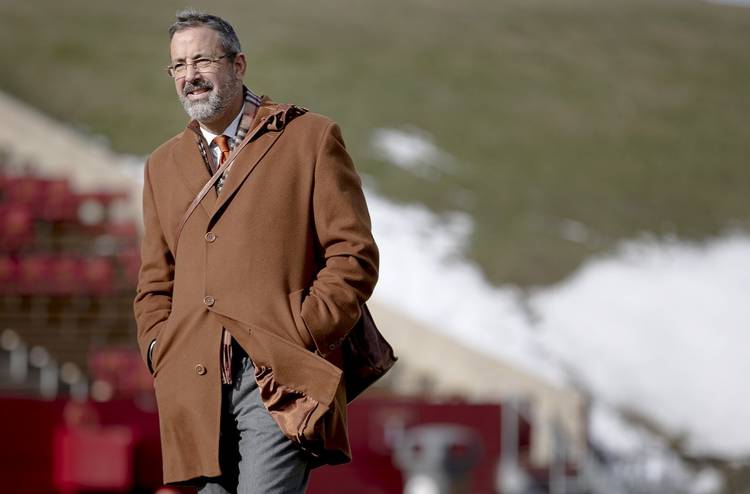 Starting in mid-October, 274 athletic department employees will see pay cuts and 11 staffers will be temporarily furloughed with benefits.

Also, 35 staff members were laid off and 35 more vacant positions were eliminated, Del Conte announced. A school spokesman said no other information was provided. The UT athletic department employed 390 staffers before Tuesday’s cuts.

The pay cuts work in a tier system. Those making more than $100,001 will see their salary reduced by 15%. The most notable reduction comes from football. Herman was scheduled to make $6 million for the 2020 season, a number that will be reduced to $5,100,000. New offensive coordinators Mike Yurcich will lose about $255,000 from his new deal, and defensive coordinator Chris Ash will lose $120,000.

In addition, Texas has temporarily stopped its bonus system for on-field performance. “These actions amount to a $13.1 million savings for the department budget,” Del Conte wrote in a statement posted on the school’s website.

“Our country is going through extremely challenging times, and the health crisis has disrupted the lives of so many,” Del Conte wrote. “Here in Texas Athletics, we’ve not been immune to that, and we have been managing the situation, adapting and adjusting to the ever-changing times.

“The moves that are outlined below were very hard to come to,” he added. “We had many painful and heartbreaking conversations, but the decisions that were made were necessary to ensure our financial stability going forward.”

Del Conte also detailed what he called “cost containment measures” that mitigated the impact of spring sport cancelations related to the coronavirus. Del Conte said those savings amounted to $19.9 million compared to the previous year’s budget.

Del Conte made clear that these moves were designed to impact coaches and staff while not harming the athletes’ overall experience. “They were made in large part because, financially, our goal is and always will be to provide first-class opportunities, resources and support for our student-athletes,” Del Conte said.

Texas athletics is one of just a small handful of departments that is financially self-sufficient. No tax money is used for any aspect of Longhorns athletics. All coaching salaries, scholarship costs and anything related to the program come from ticket sales, TV revenue distributions and donors.

Still, the business of Texas athletics is incredible in its largess. UT generated $223.9 million in revenues during the 2018-19 school year, audited figures show. The school spent $207.4 million, which included at least $3.2 million being transferred back to university coffers.

The football program generated $67 million in ticket sales alone during the 2018 season. UT is regularly the No. 1 seller of T-shirts and memorabilia, and the department gets $15 million annually from ESPN for the Longhorn Network.

Still, UT cannot afford to stop playing football, something that appeared possible during the onset of a global pandemic. The Big 12 has voted to play a 10-game season in 2020, and UT opens the year against UTEP on Sept. 12. The school expects to have just 25% stadium capacity at Royal-Memorial Stadium, which normally holds just over 100,000.

Del Conte had avoided all questions about staff cuts or layoffs over the recent months, mostly because of UT’s fiscal calendar. Since the fiscal year ended on Aug. 31, Del Conte felt like he had more time to make decisions. But drastically reduced seating capacity at football games this fall made cuts unavoidable, a UT source said.

Del Conte said it’s his responsibility “to remain solvent, steady and able to perform at the highest level.”

“These are unprecedented times we are in and all of us in college athletics are facing unexpected circumstances, a lot of change and very difficult decisions,” Del Conte said. “None of it has been easy, and we recognize the impact it’s had on so many and are deeply sorry for that.”