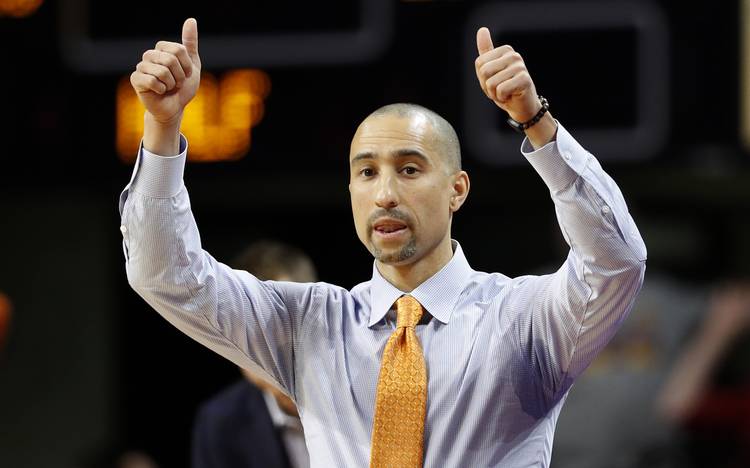 K.T. Turner already had a solid resume from his time at SMU. But having a reference call your prospective employer can’t hurt, either.

“Coach Larry Brown called me about K.T. in the process of our coaching search,” Texas men’s basketball coach Shaka Smart said in an interview. “He said, ‘K.T.’s the best assistant I’ve ever been around because the impact that K.T. has on the people around him.”

Having a Hall of Famer vouch for your credentials and work ethic has to mean something. It’s why Smart pulled the trigger and hired the 42-year-old to join the Longhorns coaching staff. Turner agreed to join the staff over a week ago, but UT made the hiring official on Friday.

“It takes time to grow relationships. It’s not like you can just snap your fingers,” Smart said. “But K.T. has a genuine quality to him that I think our players will really appreciate. He also will be really good at adding to chemistry on our staff.”

Welcome to the family, @CoachKTTurner! Let’s get it.🤘

Turner has 15 years of college coaching experience, and Brown hired him at SMU. During his seven years with the Mustangs, Turner helped the school compile a 160-71 record and win two American Athletic Conference titles.

“Coach Smart has built a culture that embodies core values I appreciate and completely align with,” Turner said in a statement. “I look at this as an opportunity to help this prestigious program reach the level we know it’s capable of. The alumni of Texas basketball are one of the nation’s elite and I am thrilled to get to know them, the Longhorn community, and to get to work with our players and staff.”

Smart isn’t done with his staff makeover just yet, though. Assistant Jai Lucas has left UT for Kentucky, and now Smart has another vacancy on his bench. If Smart wants to promote from within, he could promote director of basketball operations Cody Hatt.

Breaking down the Texas roster: A closer look at Longhorns players, position groups for 2020

Horns up, masks on: Faith will be necessary as Texas enters a truly unpredictable season