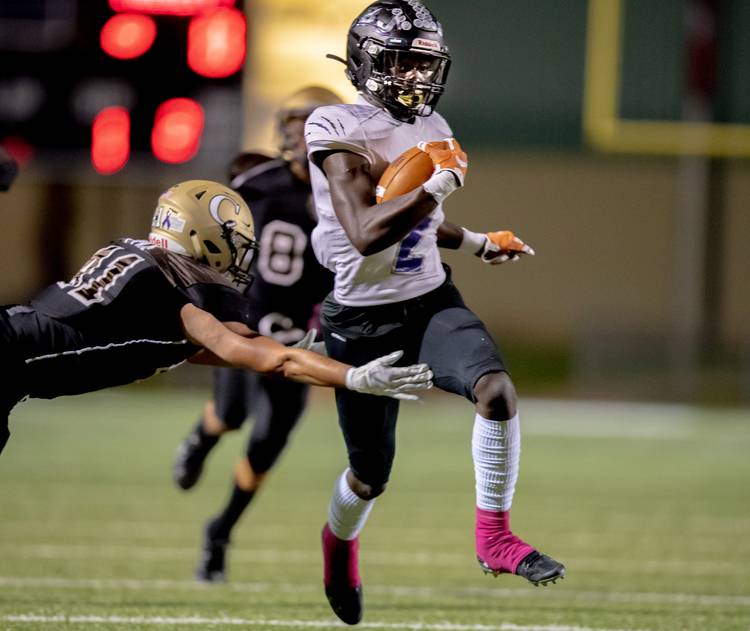 Questions remain for Texas in recruiting before the Longhorns can completely turn the page on the weirdest recruiting cycle in memory. The 2021 cycle will be remembered for COVID-19 restrictions, which so far have kept players from taking official visits and college coaches from making in-person evaluations on high school campuses. Still, most of the top players in the class are committed. Only six of the top 30 players on the Fabulous 55 remain uncommitted with roughly three months to go before the early signing period begins in mid-December.

The Longhorns face two big questions as they continue to work on rounding out their class:

How many spots does Texas have left?

Texas’ class rests at 17 members. It ranks 15th in the nation and second in the Big 12, trailing Oklahoma. Texas has signed the top-ranked recruiting class in the Big 12 since Tom Herman’s first full cycle in 2018. That will change in 2021 with Oklahoma leading the conference and still leading for four-star Texans Camar Wheaton, Bryce Foster and Savion Byrd. Texas is recruiting for the No. 2 spot in the conference this year.

The Longhorns would take at least three more commitments if the right players want to pull the trigger. Expect Texas to keep spots open for running back LJ Johnson, linebacker Terrence Cooks and safety Andrew Mukuba. Texas would likely make room for another offensive lineman and a defensive end like Shemar Turner. The Longhorns are still working on Landon Jackson, a four-star defensive end who’s committed to LSU.

What went wrong with recruiting the offensive line?

The cycle was stacked with offensive line talent. Texas appeared poised to sign one of the best groups of big men in recent memory thanks to in-state prospects like Tommy Brockermeyer, Savion Byrd and Bryce Foster. Texas began with a bang, gaining a commitment from four-star Hayden Conner back in 2019. It was going to be a matter of who Texas picked, not who picked Texas.

Flash-forward to now and Conner remains the only in-state lineman to pick the Longhorns. Texas did add a pledge from three-star center Michael Myslinkski, a Florida native, back in August. Conner and Myslinski are UT’s only two line recruits. Tommy and James Brockermeyer chose Alabama. Foster and Byrd are trending toward Oklahoma.

Why? The easy answer is simple: Texas’ lack of on-field success over the past decade. Fans tend to forget, or at least downplay, the age of recruits. Players in the class weren’t even in kindergarten when Vince Young led Texas to the 2005 national championship. They weren’t yet in middle school when Colt McCoy was leading the offense. Texas lost the Brockermeyers to Alabama and are set to lose its other top targets to Oklahoma. The common theme between Alabama and Oklahoma is recent success.

Tom Herman can no longer sell hope on the recruiting trail like he did early in his tenure. The way Texas returns to national prominence in recruiting is by returning to national prominence on the field. These young recruits want to win and be developed into NFL draft picks. The Longhorns have failed to do either consistently since the current crop of recruits started middle school. That’s a problem for Herman.