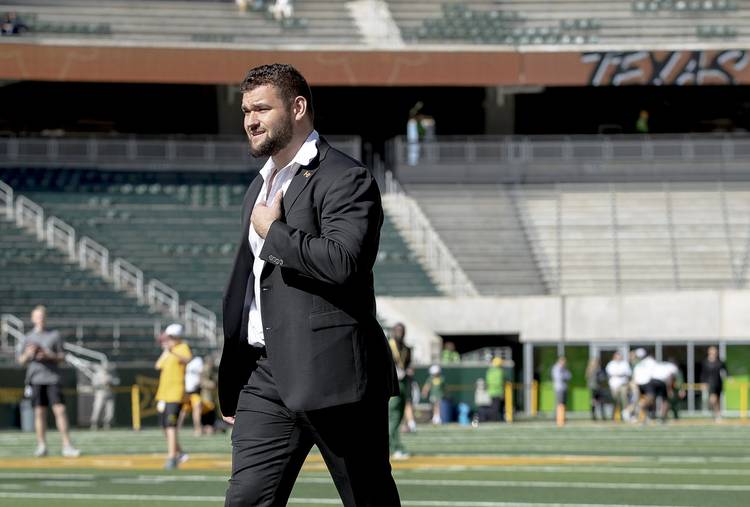 For Samuel Cosmi, the decision to play this fall was made in January.

Eight months ago, the Texas left tackle took to Twitter to announce that he’d return to for his redshirt junior season. He tweeted that it was a dream for both him and his family to earn a degree. He also wanted to chase a championship with his teammates.

Cosmi hasn’t wavered in his decision. Not even during a pandemic. When asked on Tuesday if he had thought about focusing on the NFL draft instead of a college season that has plenty of unknown variables, he replied, “I haven’t thought any of opting out.”

Advertisement
“I’m all in right now,” he added. “I still see myself as the kid walking on campus and trying to get a spot and figure out what am I going to do and how am I going to get on the field. I still have that mentality. None of this has really hit me. I’m here to play football.”

Had Cosmi had a change of heart, he wouldn’t have been alone. A few players that will likely be chosen early in the 2021 draft won’t be playing this fall.

Some of them — like Ohio State quarterback Justin Fields and Oregon offensive lineman Penei Sewell — didn’t have a choice since their conferences postponed their seasons. But others like LSU receiver Ja’Marr Chase, Virginia Tech defensive back Caleb Farley and Georgia quarterback Jamie Newman did choose to opt out. Purdue receiver Rondale Moore, Minnesota wideout Rashod Bateman and Penn State linebacker Micah Parsons all announced their intentions to instead prepare for the draft before the Big Ten nixed its season.

Cosmi has been viewed as a first-round choice in many early mock drafts. But for now, he said his focus is on the present and not the future.

“The guys that came in 2017, not a lot of people gave us a chance. We were looked (at) as underdogs,” Cosmi said. “There’s a good majority of guys that come from that class that are playing here today and are top guys, top leaders. … That’s the main reason staying here is for those guys and playing next to those guys and hopefully winning a championship.”

Cosmi’s sentiments were echoed on Tuesday by junior safety Caden Sterns, who is also viewed as an early-round prospect. Sterns said he only thought about the draft as he contemplated what would happen if the Big 12 canceled this season. But once the season was OK’d, he was all in.

“I have things to prove, obviously to myself and how things were last year, I could have been better,” Sterns said. “I really feel like this year, our team, this is the year. To win a Big 12 championship, that’s what I came here to do and that’s what I’m going to do.”

Both Cosmi and Sterns were voted onto the Big 12’s preseason team in July. Over the past two seasons, Cosmi has started 26 times at the two tackle positions. Sterns has recorded 120 tackles and four interceptions over his 22 games.