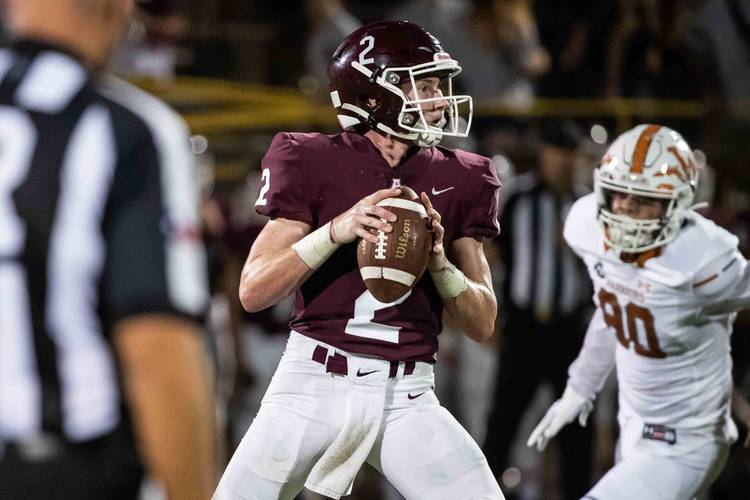 Austin High quarterback Charles Wright grew up a Longhorns fan, living minutes from campus. The three-star gunslinger was able to achieve a life-long dream on Aug. 22 when he flipped his commitment from Iowa State. Wright is one of 17 pledges in UT’s 2021 class that ranks 15th in the nation and second in the Big 12. He was a first-team all-district selection as a junior. Wright is the only quarterback Texas plans to sign.

I’ve always loved football, but looking back on it I would say my love for the game became much stronger and more meaningful in my seventh grade and freshman season. Both years I was either a backup or not in the situation I wanted to be in, which set a fire in me. Those situations drove me to work and grind like not many people would be willing to do. While those situations are definitely not my “biggest highlights,” those situations did make me truly appreciate the game of football and all the little things that go into being a football player and leader.

Not only has Teas been a team that I’ve rooted for and loved my whole life, but having an opportunity to come and compete at one of the most competitive schools in the country was a challenge and an opportunity I couldn’t pass up. Coach (Mike) Yurcich has also installed an offense that I know I can thrive in. Top to bottom, Texas has everything a college football player and student could ask for and is a place where I want to be.

What do you want to accomplish at Texas?

When you’re at the University of Texas, you have to think big. Definitely win a national championship. Right now my goal is to get on campus and show everyone the skill set I bring to the team and earn everyone’s trust and respect.

What’s the hardest part of the recruiting process?

The opportunity to compete on one of the top teams in the country and the unknown of what will happen over the next four years.