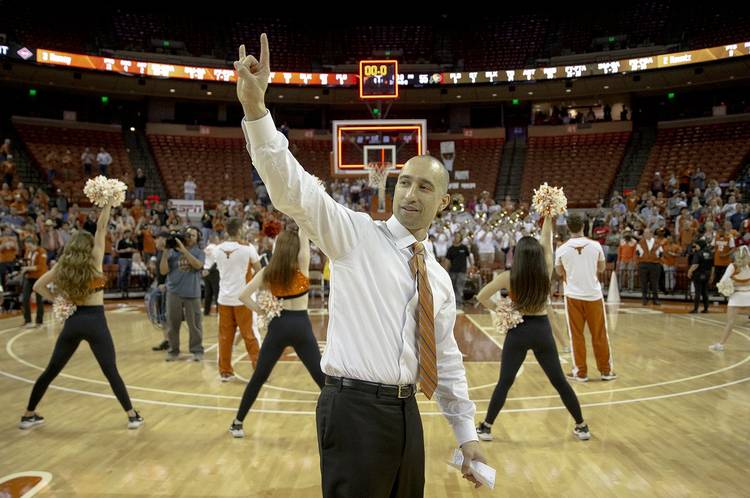 While neither position technically has on-court coaching responsibilities, both Smith and San Miguel can have huge impacts off the floor and in the locker room.

“Most importantly,” Smart said in a release, “both have the make-up to contribute to the whole of our staff being greater than the sum of its parts.”

Smith logged five seasons as a head coach in the NBA G League, most recently for the Sioux Falls Skyforce, an affiliate of the Miami Heat. He also spent two years with the Rockets organization coaching the Rio Grande Valley Vipers. In his five season, Smith had 14 G League players called up to the NBA. Smith also spent 11 seasons coaching at smaller NCAA schools.

Freshman Greg Brown III is widely expected to play one season at UT and then possibly be first-round pick next year.

Smith fills the vacancy created when Cody Hatt was promoted to assistant coach.

San Miguel served in the Marines from 2007-11 as an infantry team leader stationed at Camp Pendleton, Calif. He later returned to sports and higher education at Texas State, where San Miguel earned his bachelor’s and Master’s degrees.

San Miguel was a graduate assistant under former coach Danny Kaspar for three seasons, including the 2016-17 campaign when the Bobcats went 22-14. He spent the 2019-20 season as an assistant coach/video coordinator at Air Force.