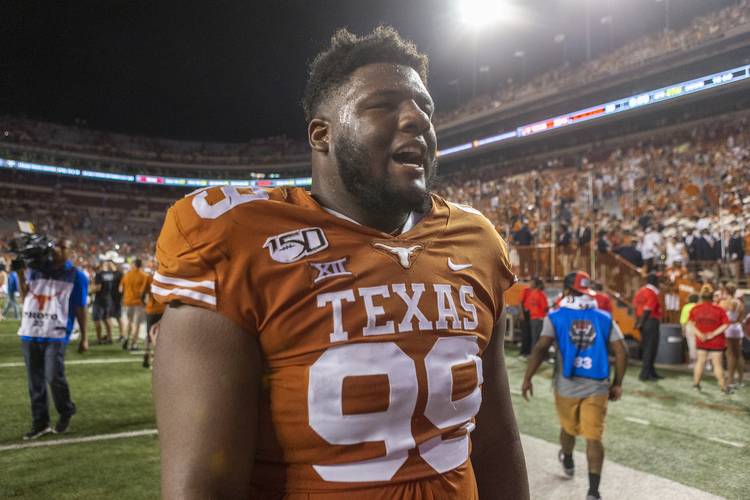 Both Brown and Sooners starting safety Pat Fields attended Union High in Tulsa. Brown has made his mark as a kick returner — he was an all-conference honoree on special teams in 2018 — but he also has 26 career starts on defense. He has only one career interception but has broken up 26 passes. That ranks 10th all-time in the Oklahoma record books.

Coburn, a redshirt sophomore, was recruited by both Texas and Oklahoma, so he knows plenty about this rivalry. Before he even got to play in this game, Coburn went viral for an online exchange with longtime Longhorns heel Baker Mayfield. After recording 11 tackles last week — the first time since 2014 that a Texas interior lineman recorded double-digit stops — Coburn will let his play do the talking this time.

Of the five offensive lineman on the Big 12’s preseason team, three will be playing in this game. Oklahoma’s Adrian Ealy and Texas’ Samuel Cosmi are both left tackles, while Humphrey was a finalist for last season’s Rimington Trophy (the nation’s top center). The redshirt junior has started 28 straight games for the Sooners. Last year, he didn’t allow a sack over 799 snaps.

In his first game against OU, Ingram rushed for 86 yards. But in the last two meetings between these schools, he has only gotten six carries. Many will want to see how he bounces back after his critical fumble in last week’s 33-31 loss to TCU. He currently leads the Longhorns with 173 rushing yards, averaging 5.4 yards per carry.

O’Brien fell into Texas’ lap, and Horns not complaining after sweeping Iowa State