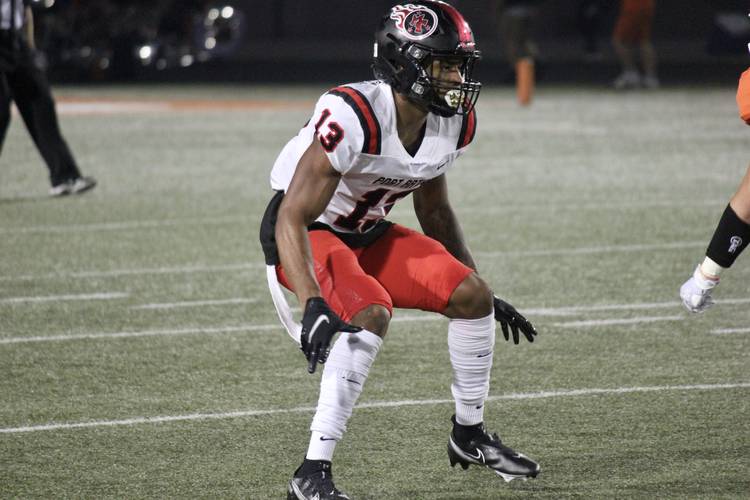 LA PORTE  — Basketball was Texas commit Jaylon Guilbeau’s preferred sport until high school. But the cornerback from Port Arthur Memorial made the right choice, earning offers from power programs like Texas, Alabama and Georgia before picking the Longhorns over 15 others in September. The junior helped his Memorial teammates improve to 3-0 with a recent victory over La Porte.

“I decided my ninth grade year to concentrate on football. My dad let me know that basketball wasn’t where it was at for me,” Guilbeau said. “Football was my money sport.”

Guilbeau is a 5-11, 175-pound four-star currently ranked as the 15th-best cornerback prospect in the 2022 cycle and 143rd overall nationally. He’s one of three 2022 pledges for Texas along with five-star quarterback Quinn Ewers and four-star wide receiver Phaizon Wilson. He became a nationally recognized recruit toward the end of his sophomore season.

“It is a blessing to get those phone calls in recruiting. I appreciated the attention, but Texas was the spot,” he said. “I have a good bond with the coaches, and it is great knowing that Jordon Thomas is going to be up there waiting on me. I want to dominate as a freshman.”

Thomas, a four-star defensive end commitment in the 2021 class, is Guilbeau’s teammate at Memorial. They’re close. Thomas was complementary when describing Guilbeau’s talents on the field.

“That boy is cocky, but he works hard and he shows everything that he tells everybody,” Thomas said. “I’m glad he’s part of the Texas family.”

“Jaylon is a great kid,” Morgan said. “He is passionate about football. He loves to work. He has great character and is a leader for our football team. He’s a competitor in every sense of the word.”

Guilbeau attributes his fast rise on the football field as a prospect to training he does with Ro Simon, who leads the Fast 7v7 squad in Houston.

“Right away, I started training with Ro Simon and cornerback was the spot for me,” Guilbeau said. “Playing for Fast 7v7 is a brotherhood. That really got me better.”

As an upperclassman, Guilbeau is beginning to feel improvements since his sophomore season.

“I’ve improved my technique, specifically in press coverage,” he said. “Watching film is the most important part of the game. In order to be a dominant player, stay in the film room.”