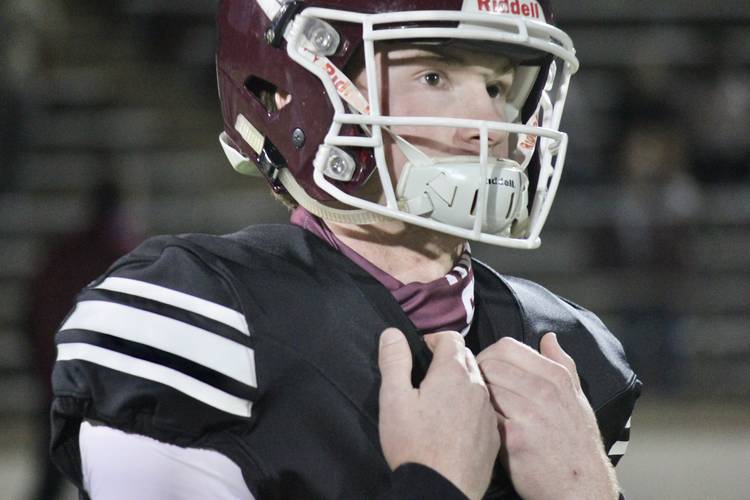 Texas commit Charles Wright is on a mission to lead Austin High to its first playoff win since 1957. The quarterback passed for 290 yards and five touchdowns in Friday night’s win over Akins, moving the Maroons to 3-0. The offense is averaging 57.7 points per game, and Wright credits most of the success to his experience as a three-year starter.

“It’s weird being a senior. I feel like I have everything in my hands right now to take advantage of the opportunities we’re getting,” Wright said after the game. “I want to keep going 1-0 each week rather than thinking about it as my last year here at Austin High.”

Wright led a comeback two weeks ago against Bowie, erasing a two-score deficit in the fourth quarter. It wasn’t easy to refocus the team on a struggling Akins squad, but that’s the job of a senior quarterback.

“The goal was to keep the momentum going,” Wright said. “Our guys have really focused on attacking each drive. Going 1-0, not only in the game, but on each drive. We came out a little slow, but we picked it up and had a good second half.”

Adversity is the name of the game in 2020. Wright and his teammates are happy to be playing. Many didn’t think the season would start back in August.

“You have to count your blessings,” Wright said. “Prior to the first game, we had three days of practice. We turned it around and had a great game. These guys are battling through adversity, and that’s all we can ask for.”

It was on Wright to be a leader during the pause that was placed on high school football due to the pandemic. Teams across the state missed out on spring practice and most of summer workouts. Keeping teammates on task and focused fell on Wright’s shoulders.

“My job was to make sure these guys knew we had a mission for this season,” he said. “I wanted to keep it in their mind even when we couldn’t practice. The goal was to stay ready to compete.”

Now that the season is humming along, Wright is benefiting from his varsity experience.

“I’ve developed a lot more from film study. I’ve learned to trust my receivers more,” he said. “It comes from experience.”

Wright is set to start his college career in January when he enrolls early at Texas. The 6-1, 194-pound quarterback is a three-star recruit who picked the Longhorns on Aug. 22. He originally committed to Iowa State. Texas fans don’t need to worry about the commitment status of Wright, a local kid who grew up bleeding burnt orange. He likes what he sees from offensive coordinator Mike Yurcich despite the Longhorns’ 2-2 record.

“He really trusts Sam (Ehlinger), and that’s great to see. They sling the ball around. That appeals to me,” Wright said. “It’s hard not to watch Texas. They are my team and I watch them every week. I try to get as much as I can out of the game film so that I’m caught up on the offense and learn what is ahead.”

As a player, he understands the difficulties facing a new staff during a pandemic that has limited in-person learning.

“That’s hard,” Wright said. “I sit in class all day and I can barely focus. It is draining. For them to come in and put up those types of numbers on offense with all of the obstacles in play is impressive.”

Wright won’t mind trading his maroon high school uniform for a burnt orange UT jersey come next semester, but that doesn’t mean he’s looking too far ahead. A chance to break the Maroons’ playoff victory streak occupies his priorities.

“I’m excited about the future, but I have a task at hand here in high school to go to the playoffs,” he said.