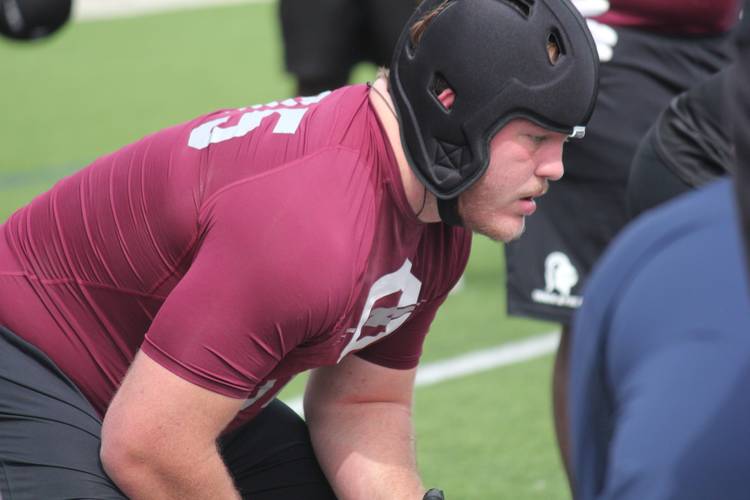 The season is about a month old for Class 5A and 6A programs in the state of Texas. That’s allowed recruiting writers to go on the road and watch nearly a dozen games so far. The latest round of in-person scouting reports are headlined by the best uncommitted offensive lineman in the 2021 class and a trio of 2022 prospects that already hold an offer from the Longhorns:

Foster is a known commodity as a senior, a three-year starter with an obvious skill set as a run blocker. Few players in the state are as strong and physical as Foster, who has played with even more aggression than usual in his last year. Foster is listed as a guard and that is probably his most likely position at the next level. He is playing center as a senior, which is great experience for the young lineman. The four-star becomes even more valuable as a recruit if he can play both positions.

Foster’s recruitment is a four-team race with Oklahoma and Texas A&M in front of Oregon and Texas. My money would be on Foster ending up in Norman, but family ties are keeping the Aggies and Ducks in the picture. Foster’s teammate, Hayden Conner, is a Texas pledge. The Longhorns are on the outside looking in for Foster.

Price is one of eight junior running backs with an offer from the Longhorns. It sounds like he is below in-state stars Jaydon Blue and Tavorus Jones on the Texas recruiting board, but a big junior year could put Price in the mix for the distinction of the state’s top back for 2022. Price battled nagging injuries as a sophomore, earning first-team all-district despite the adversity. He looked 100% healthy in the opener against Sherman. He rushed for 1,421 yards and 16 touchdowns as a freshman.

Jordan is a member of the state’s best defense in Class 5A at Denton Ryan. Eight of the 11 starters already possess offers from Power Five squads, and two of the other three are only sophomores. Jordan was a starter as a sophomore, and he’s playing with even more confidence as an experienced upperclassman. He’s a long, lean corner who isn’t afraid to help in run support. He could stay outside or move into the slot at the college level. I think he could even play safety. Jordan is a versatile talent who locked down Martin receivers in the opener, though Martin wasn’t given much time to throw the ball thanks to a dominant Ryan defensive line.

Cooper is a future member of the 2022 Fabulous 55, but he wasn’t a factor in the loss against Denton Ryan at AT&T Stadium to start the season. His offer list is impressive, as is his physique, but Cooper didn’t show a great motor in the loss. That could be a result of his squad simply being overmatched against a Ryan squad that should end the season as the class 5A Division state champions. Cooper plays on the same defensive line as 2021 Texas commit Morice Blackwell, so I’ll get another chance to watch both players.