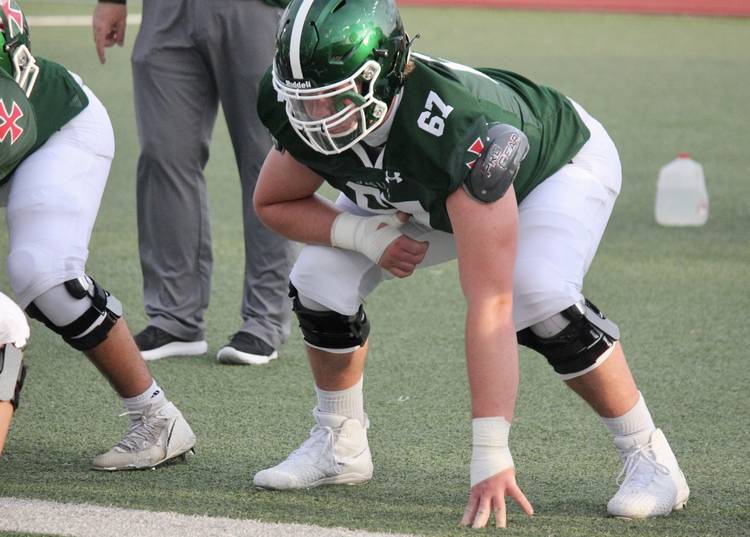 Texas added a commitment on Sept. 25 from Houston Strake Jesuit offensive tackle Max Merril. The three-star is one of three offensive line pledges in the cycle, alongside Hayden Conner and Michael Myslinski. Merril is one of 17 members of the 2021 class, which ranks 17th in the nation and second in the Big 12, trailing Oklahoma. Merril is listed at 6-4 and 273 pounds by 247Sports.

Why did you fall in love with football?

I was a fat kid growing up. I was always one of the less athletic kids. My little league coach used to ask me if I was pulling a sled to first base. But then I realized that I could get angry throughout the week and then take it out through football. It’s also about the camaraderie, like brothers in arms. It’s a good feeling to win as a team.

Growing up in Houston, I heard about how big and great the Texas football program was, but I grew up a fan of Ohio State because both of my parents are from Ohio. Then you hear about how Texas is the most valuable program in college and they’re routinely ranked high.

I also plan to major in business and the Red McCombs School of Business is one of the best, if not the best, business school in the country. My parents and I care about education, which is why I’m currently at a private school. It was the right fit.

Where do you plan to play as a Longhorn?

They see me as an offensive tackle with my size and athleticism. I have a tackle body and they don’t feel like many of the guys are tackles.

What’s the hardest part of the recruiting process?

At the beginning, it is getting noticed. I know a lot of good players who don’t get noticed. After you have some attention, it becomes about a schedule. We’re 17 years old and have a hard time remembering to turn in our math homework and now we’re expected to call a head coach at one school at 7 p.m. and then an offensive coordinator at another school at another scheduled time. It’s a lot to keep up with. We have homework.

I’m excited to learn more about the business field because we don’t get taught that in high school. I’m also excited to play ball. I obviously wouldn’t be in this situation if I didn’t love football.

Thoughtful. He cares about what his players achieve after football is over. Texas offers an internship program for players during their career. The program is in a designated period built around football so that it is possible. A lot of big programs say that you can have an internship in the spring or summer, but they don’t really set aside time in our schedules for it to be possible.

Favorite sport other than football?