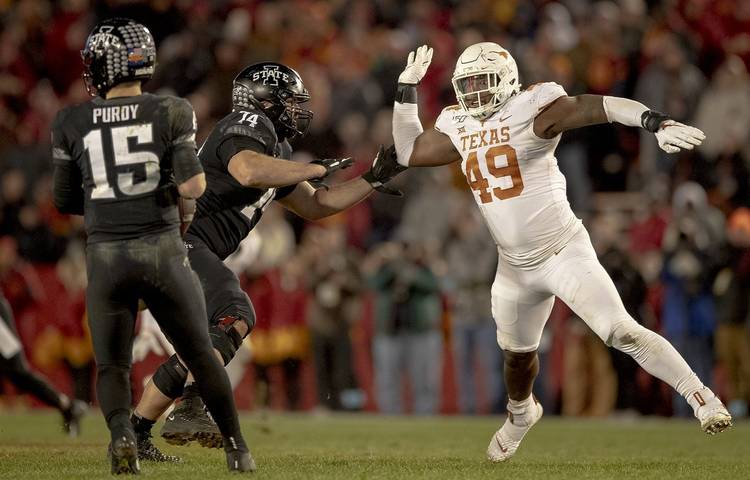 A two-time all-Sun Belt honoree at Arkansas State, Bradley-King has been a welcomed addition to a Baylor defense that lost nine starters. In a double-overtime loss at West Virginia on Oct. 3, he had six stops and recovered the fumble that he also forced on a sack. For the season, Bradley-King is one of six Bears with double-digit tackles. He has also broken up two passes.

A senior captain, Graham has started 17 straight games. With 43 career appearances, he’s also the most veteran of the active Longhorns. Since he’s a Temple native, Graham kind of grew up in the middle of the Texas/Baylor rivalry. He even recorded his first collegiate tackle for a loss in 2017 against Baylor. What will he do in what could be his final battle with the Bears?

Lovett leads the Bears in rushing. He’s averaging only 3.3 yards over his 31 carries, though. Lovett’s longest run this season? Nineteen yards. Texas fans should be pretty familiar with Lovett, who scored during the 2017 meeting between those two schools. And his 28-yard touchdown accounted for the first points in last year’s 24-10 win by Baylor.

The TCU game on Oct. 3 was forgettable for Moore since he recorded no catches and suffered a knee injury, but the sophomore has otherwise shined. Against UTEP, he had a 78-yard catch. He hauled in three touchdowns against Texas Tech. No Longhorn topped his 83 receiving yards against Oklahoma. Moore leads UT in receptions (19), receiving yards (283) and touchdown catches (five).