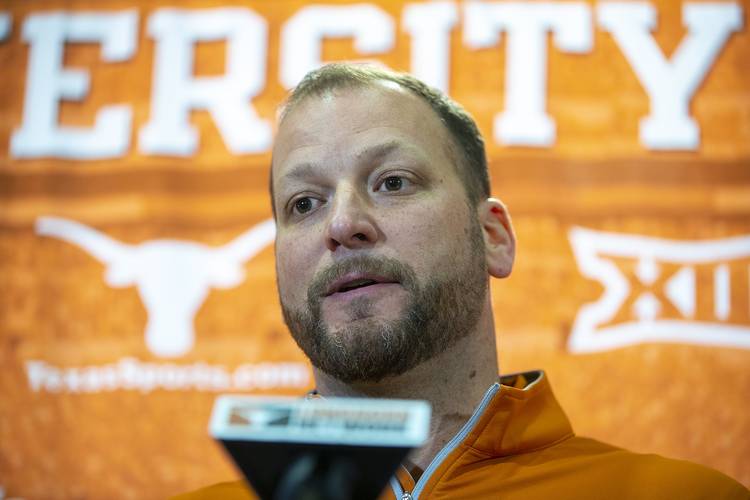 STILLWATER, Okla. — The ingenuity. The gaudy statistics. The alignment in offensive philosophy.

All those things made Mike Yurcich an attractive offensive coordinator candidate.

Of course, when Mike Gundy plucked Yurcich out of Pennsylvania’s NCAA Division II ranks at Shippensburg in 2013, Yurcich wasn’t the known commodity he became after six seasons with Gundy at Oklahoma State, and another with Ryan Day at Ohio State.

So it was easier to identify Yurcich when Texas coach Tom Herman needed a new offensive coordinator. And on Saturday, Herman will bring Yurcich back to Boone Pickens Stadium — Yurcich’s proving ground, where he showed the college football world that he could run an elite-level offense.

It’ll be Yurcich’s first time back in Stillwater, and he and Gundy are likely to share pregame pleasantries. But in the heat of the game, Gundy says, he gets lost in the action on the field to the point that he doesn’t think about who is on the opposite sideline.

He forgets his brother, Cale, is coaching at OU during Bedlam, or that his old boss, Les Miles is the head coach at Kansas. And the same will likely be the case with Yurcich.

“I’m not looking forward to facing him,” Gundy said. “I know what kind of offensive coach he is. But it is what it is. It’s not the first time we’ve faced guys that have worked for me over the last 10 years.”

Yet Yurcich comes in not with that style of high-flying offense, but more power football behind gritty senior quarterback Sam Ehlinger, who has thrown for 1,481 yards with 17 touchdowns and five interceptions in five games, and is the team’s leading rusher with 293 yards and seven touchdowns on a team-high 65 attempts.

Yurcich has blended his passing philosophies with the rushing concepts that have made Ehlinger effective over the last three years.

“There are some things in there that Yurcich is involved in, and there’s some similarities from what they’ve been in the past.”

Still, it was Yurcich’s spread-and-throw philosophy that drew Herman to him when he needed a new coordinator last winter.

“I had always admired Mike’s offenses at Oklahoma State,” Herman said of Yurcich. “We talked ball before I even got in the Big 12. Our paths had crossed casually and we’d talk ball. I thought it was another feather in his cap to go spend a year at Ohio State and learn, not just from Coach Day and the offense, but the way I learned, the very similar ways that we run our programs.