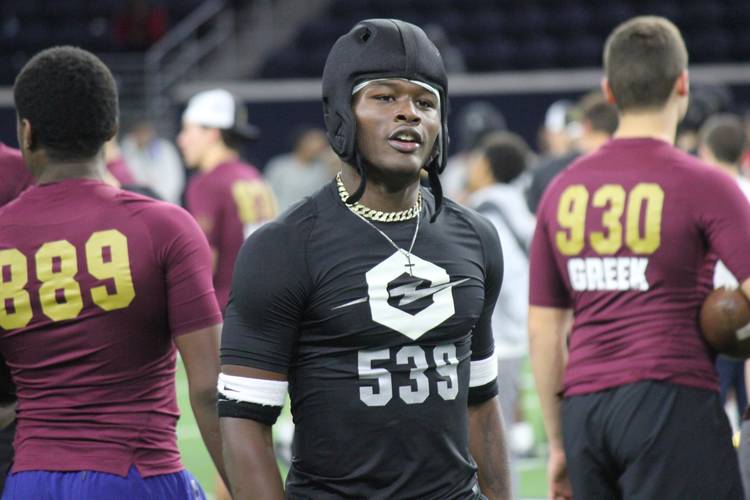 Five prospects from Texas’ 2021 recruiting class decommitted from the Longhorns at some point during the process — and Texas lost 2022 five-star quarterback Quinn Ewers late Wednesday night. The 2021 class currently consists of 17 members and ranks 17th in the nation and second in the Big 12, trailing Oklahoma.

Four of those five 2021 decommitments are already pledged to a different school. The most recent is rumored to be leaning north of the Red River:

Bowman decommitment hurt more than the other four losses in the 2021 cycle. He was Texas’ second-highest rated prospect until he backed away earlier this month. Oklahoma is now considered the leader for the two-way star. Bowman starts as a slot receiver and a safety. He’s been a varsity contributor since his freshman year. His current top three is Oklahoma, Georgia and LSU.

Milroe flipped to Alabama shortly after Ewers committed to Texas in August. But Milroe’s decommitment wasn’t entirely based on Ewers. A player hoping to avoid competition at the highest level wouldn’t back away from Texas to head to Alabama. Instead, it signaled a change in the direction of recruiting at quarterback under UT’s new offensive staff. Milroe was more of a dual-threat than the current staff craves. This point was solidified when the staff added 2021 quarterback Charles Wright.

Davis was Texas’ first 2021 commitment to back away from his pledge, doing so way back in November 2019. The four-star receiver would still be the highest-rated wide receiver in Texas’ class. The Longhorns were forced to look out of state for three-stars Jaden Alexis and Casey Cain.

The new staff wasn’t as high on McRee as the former staff was. The local product wound up pledging to USC with former Longhorns assistant Craig Naivar now in Los Angeles. McRee missed his junior season to injury. Texas wound up adding three-star tight end Gunnar Helm from Colorado this summer. McRee ranks 15 spots ahead of Helm in the tight end rankings, according to to 247Sports’ composite rankings.

King was Texas’ first option after McRee decommitted. But his pledge didn’t even last a month. The all-district selection caught 53 passes for 853 yards and nine touchdowns as a junior. He’s ranked six spots ahead of Helm in the national tight end rankings.