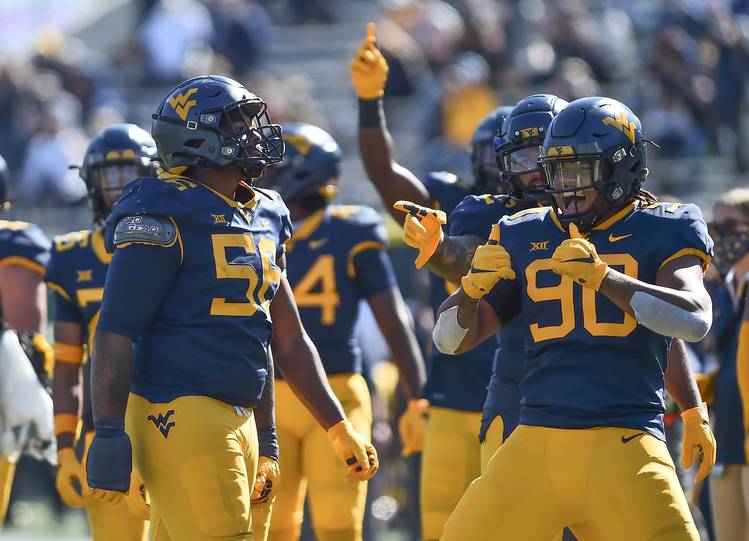 Five key matchups out of the Texas-West Virginia game to keep your eye on Saturday:

This may be one of Ehlinger’s toughest tests of the season. The Mountaineers are the only Power Five school in the nation to be ranked in the top 10 in run defense, pass defense, total defense and interceptions. The unit allows just 19.8 points per game, second only to Oklahoma’s 17.8. Ehlinger is playing hurt, although how much is unclear. He’s got a three-man rotation at running back (but only two for Saturday) and a rotating receiving corps. This WVU defense has 11 players who are either fourth or fifth-year seniors. Fields had 15 tackles against Kansas State, the most any Mountaineer has tallied since 2018. UT offensive coordinator Mike Yurcich needs to keep the Mountaineers off balance with his play-calling, because this is not a game Ehlinger can win by himself.

Every team in this league would trade for Dante and Darius Stills, twin brothers from Fairmont, W. Va. Dante is the team leader in career sacks (12) while Darius is second (11.5). Darius was the preseason Big 12 defensive player of the year while Dante has at least one tackle for loss in every game this season. Together, they’ll give teams fits, including UT center Derek Kerstetter and guards Junior Angilau and Denzel Okafor. The Horns must establish some kind of running game, but starter Keaontay Ingram (high ankle sprain) is out. Roschon Johnson and Bijan Robinson will continue rotating. If Texas lets the Stills brothers disrupt things too much, the Horns will struggle offensively.

The Mountaineers’ offense is somewhat predictable, to a degree. When West Virginia runs the ball well, a win usually follows. Brown is the Big 12’s second-best rusher in terms of yards per game (115.7), and Alec Sinkfield is averaging 4.9 yards per carry. In WVU’s two losses, the Mountaineers averaged just 79.5 yards per game. Texas’ Keondre Coburn and Ta’Quon Graham must hold the middle, with linebackers Juwan Mitchell and DeMarvion Overshown cleaning things up. Oklahoma State’s Chuba Hubbard had just 72 yards last week against these same Longhorns. They may not be dominating the stats, but Jacoby Jones, Moro Ojomo and T’Vondre Sweat are hearing their names called more and more.

Texas cornerbacks D’Shawn Jamison and Jalen Green are still learning how to “play the hands,” as defensive coordinator Chris Ash instructs. They struggled in the first half against Oklahoma State as Tylan Wallace (11 catches, 187 yards) ran free at times. But they put the clamps on in the second half. Green had an interception and Jamison made his presence felt on special teams with a 100-yard kick return for a score. Wright ranks fifth in the Big 12 in receiving yards (367 ypg) and has two touchdowns. Watch out for Bryce Ford-Wheaton as well; he’s got three touchdown catches. Texas’ pass defense ranks ninth in the Big 12.

In four seasons at Texas, Herman is 11-7 when Texas is ranked and the opponent is not. That’s not ideal. The Horns are always favored in those situations, like they are Saturday by 6.5 points, and struggle. This team’s mind-boggling inconsistency is the only thing consistent about this program. This series has been an up-and-down struggle, too. The two teams have traded wins and losses each of the last four years. The Horns must find some way to build upon this two-game winning streak. That means getting the running game going, going to finding Joshua Moore earlier and getting the tight ends involved. Defensively, Joseph Ossai must continue to shine, along with his defensive line mates. Texas has picked itself up since losing back-to-back league games. Now they need to stay upright and keep moving forward.

Longhorns prevail again as No. 1 Texas, No. 3 Baylor stage another five-set thriller