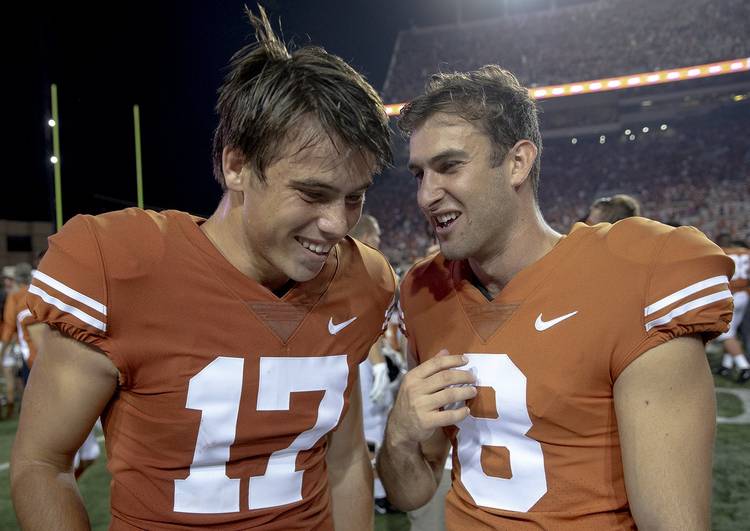 Texas punter Ryan Bujcevski has suffered a torn anterior cruciate ligament injury in his left knee — his plant leg — and will undergo surgery, the school announced. He will miss the rest of the season.

Texas coach Tom Herman wasn’t sure how bad Bujcevski’s injury was when he spoke with reporters after Saturday’s win over West Virginia. Bujcevski, a junior, was hurt late in the game after punting six times and averaging 43.3 yards per attempt.

Advertisement
The West Virginia game was actually one of Bujcevski’s best outings of the season. He had two punts downed inside the five-yard line as cornerback Josh Thompson raced to down both live balls.

Bujcevski, the Australian-born cousin of Ray Guy Award winner Michael Dickson, had tried more rugby-style kicks earlier this season. Bujcevski had one punt blocked against Texas Tech and returned for a touchdown. Another punt was blocked against Oklahoma. But Herman said he was feeling much better about the punt team in recent games due to tweaks in the blocking scheme.

Dicker has been UT’s primary kicker the last three years, but punting won’t be something totally new. Dicker averaged 38.9 yards per punt on 33 attempts at Lake Travis in 2017, Dicker’s high school senior season.

One issue that needs to be resolved will be who holds for Dicker on field goal attempts. Bujcevski has been UT’s holder the last three seasons.