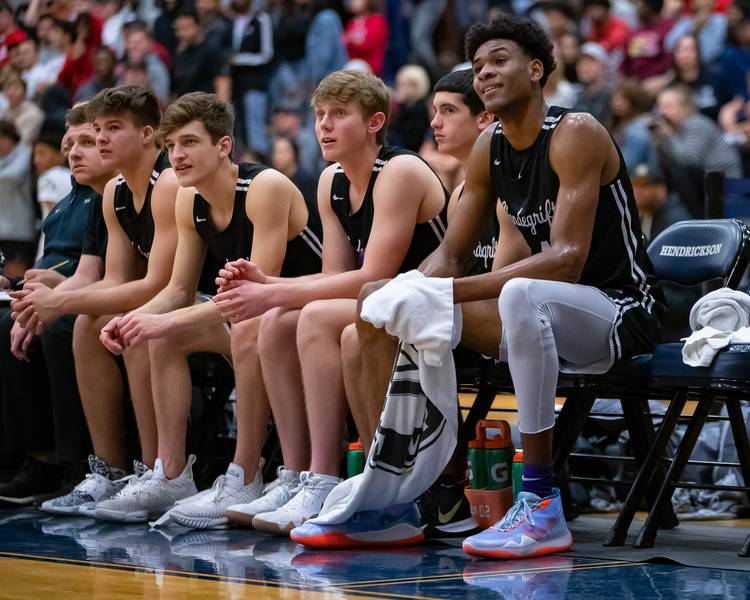 Freshmen normally make coaches pull out their hair. Shaka Smart has been growing his.

The Texas men’s basketball coach, who normally shaves his head, has let his hair run wild during the pandemic. He would have preferred to see freshman Greg Brown running wild and dunking with abandon in Cooley Pavilion.

Even though Brown was a local prospect from Vandegrift, the UT facilities were temporarily closed. Smart said coaches weren’t able to work with him on the court until mid-July. So they spent day after day with the Longhorns’ only newcomer on Zoom while the rest of the veterans worked through their own various offseason programs.

“The best Greg Brown is way, way down the road, and we’re probably not going to get a chance to coach that guy,” Smart added. “That guy is 26 or 27 years old.”

The 19th-ranked Longhorns have one of the oldest, most experienced teams in college basketball. Eight scholarship players are upperclassmen. Nine total were ranked among the top-60 recruits nationally when they signed with UT. Last year’s team, which reached the cusp of the NCAA Tournament, did not have a single senior.

The season begins Nov. 25 against UT-Rio Grande Valley. Texas will host Villanova on Dec. 6 and also play at Kentucky on Jan. 30. Smart’s club opens Big 12 play against Baylor on Dec. 13. Social distancing and limited arena capacity are expected to place at the Erwin Center all season.

Texas fans know the top three guards, Matt Coleman III, Courtney Ramey and Andrew Jones. Wait until you see Jericho Sims’ more muscular physique. Will Baker has gotten stronger, too, and Brock Cunningham is still ready to dive all over the place.

A team that had serious injury problems last season is now healthy. Jase Febres is the only Horn who still hasn’t been cleared for live action; he had microfracture surgery in March, and Smart expects him to be a solid contributor this season.

That leaves Brown, listed at 6-foot-9, as the only question mark from a roster standpoint.

At Vandegrift, Brown was a dunk machine. He averaged 26.1 points, 13.2 rebounds and 3.5 blocks as a senior. On social media, he will share any and all photos of him flying above the rim and throwing it down.

Brown is widely expected to leave UT after one season and he, too, is projected to go in the first round of the NBA draft.

“We just want to make him the best he can be this year and put in place series of growth areas for him to focus on as he goes through this season and then moving forward,” Smart said.

The coach believes Brown has “just as much potential on the defensive end as he has on the offensive end.”

“He’s not going to be a finished product on game one,” Smart said. “Once we get into games, that adds even a new urgency, because he’ll be put up against certain things in the game like foul trouble, certain things you don’t see in practice.”

Smart can afford to spend extra time with his only freshman. The rest of the team knows what is expected. If anything, it’s somewhat surprising nobody transferred out in search of more playing time.

“At times in my coaching career, I’ve tried too much to maybe play too many guys or focus on where the ninth, 10th or 11th man is mentally,” Smart said. “But the reality is we’ve got to do the right thing for Texas.

“There are some guys that have separated themselves at the top,” he added, “then there’s a bunch of guys in the middle that we really need to sort through which of those guys can be most effective, helping us win the game.”

Smart has never like the speculative parlor game about his rotation. That said, Coleman and Ramey are going to start at guard. Andrew Jones is the first guard off the bench. Asked if he had any shooters, Smart did not hesitate. “Andrew Jones, he needs to shoot as much as he possibly can,” Smart said.

Sims is likely to start in the middle, thus leaving an open hole in the frontcourt. Maybe that’s Brown or Gerald Liddell. Or, possibly Kai Jones or Royce Hamm Jr. Anything and everyone should be on the table.

“Kai Jones is probably the guy that has taken the biggest jump from last year, in terms of his confidence and the way he’s moving out there on the floor,” Smart said.

AP voters believe Texas is a team to watch. The analytical websites like Texas’ potential; Kenpom.com has the Horns ranked ninth overall this preseason.

Brown only adds to Texas’ overall athleticism and overall talent.

“When you have hard-won wisdom as a basketball player that’s been through the twists and turns in the Big 12, it’s incumbent upon you and your teammates and the coaching staff to take advantage of that,” Smart said. “It’s one thing to have experience. It’s another thing to go out there and utilize it.”