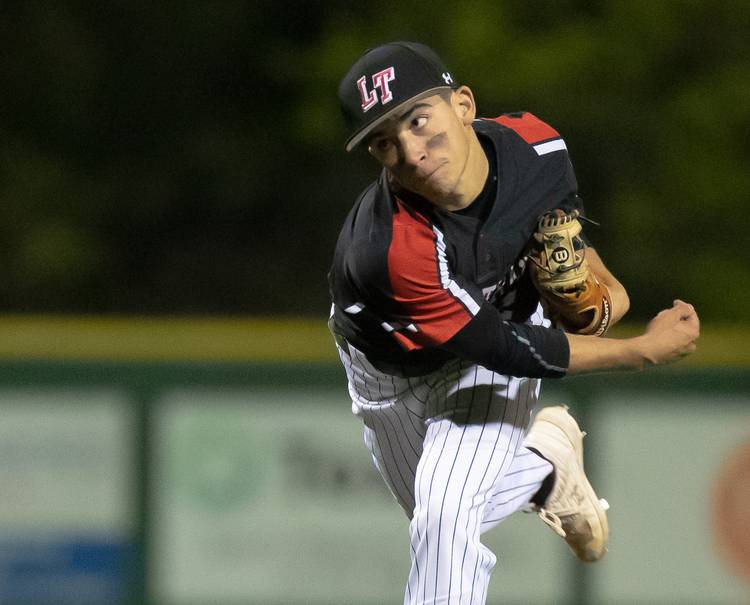 Ten baseball players became Longhorns on Wednesday as athletes across the country were allowed to sign their national letters of intent.

UT’s Class of 2021 features seven pitchers. The Longhorns are bringing in two outfielders, and infielder Gavin Kash also signed on the dotted line. Nine of the signees are currently seniors in high school.

“Our 2021 signees fill needs of the team and bring exceptional integrity, work ethic and character to The University of Texas Baseball program,” Texas coach David Pierce said in a statement.

Nine of the new Longhorns are Texans. Four of those players were raised in the Central Texas area. Here is a look at the Longhorns’ local recruits:

Over the past two springs, O’Banan has pitched and manned the centerfield position in Dripping Springs. According to Dripping Spring coach Chris Payne, O’Banan has led the Tigers in batting average, RBIs, stolen bases and runs over that time period. He recorded 40 strikeouts as a pitcher.

O’Banan has been committed to UT since his sophomore year. Had baseball not been his future, Dripping Springs football coach Galen Zimmerman believes O’Banan could have played that sport in college. O’Banan is a three-year starter for the Tigers in football. Earlier this fall, O’Banan had 275 receiving yards and five touchdown catches in a win over Lockhart. He has also played a little quarterback for the Tigers, and he threw a last-second touchdown pass last year that beat LBJ and secured a district title.

Said Payne about O’Banan: “Some of Cameron‘s qualities include being a leader on the field, in the locker room, and most importantly, in the community of Dripping Springs. He is a very confident young man that makes everyone around him better. He understands that every great day starts with a great attitude, and with this approach he sets the tone for any competition that he steps into. It has been a childhood dream of his to play for the University of Texas and represent his community of Dripping Springs High School. Texas is getting a gem of a young man and student athlete.”

When Texas and Texas A&M meet in 2022, there will be some torn families at the ballpark. The father of new signee Jace Hutchins works for Texas A&M as the director of baseball operations. Stewart told CBS Austin this summer that his parents and siblings are all Aggies.

Stewart has a fastball that is already hitting the low-90s. He was an all-district pick in 2018 and 2019. His cousin, Kohl, was the fourth overall pick in the 2013 MLB Draft.

Said St. Dominic Savio coach Bryan Edwards of Stewart: “Josh is a very humble young man. He works really hard and loves the game. He leads by example to all his peers, and younger players. Josh has a lot of upside with his development and strives to continue to be a great player.”

This spring, Grossman and fellow right-handed pitcher Pierce George will attempt to lead Lake Travis to a state title. George is committed to UT’s 2022 recruiting class, so their championship chases will continue in college.

Grossman made the most of this year’s coronavirus-shortened spring. In 13 innings, he struck out 15 batters and posted a 0.54 ERA. One of his two wins was a three-hit, eight-strikeout performance against The Woodlands, which was ranked second in the last poll published by the THSBCA. As a sophomore, Grossman posted a 4-2 record for a Lake Travis team that reached the state semifinals.

Said Lake Travis coach Mike Rogers of Grossman: “Alec is a very athletic player. He has a compact delivery and is very quick to the plate. He has been up to 93 with his fastball. This past summer he has had big gains with his slider and splitter. He is super competitive and should provide another power arm for Coach Pierce and the Longhorns.”

This is a busy week for Whitehead. He signed with Texas’ baseball team on Wednesday. A day later, he will be the starting quarterback for a state-ranked and undefeated Lampasas team that is set to open its 2020 playoff run with a game against Uvalde. Whitehead was named the American-Statesman’s All-Central Texas Player of the Year in 2019. He is again a contender for that award this season.

As spectacular as Whitehead is in football, he is just as good in baseball. This past spring, he was hitting .527 at the plate and had a 0.92 ERA on the mound. He also led the Badgers in runs and stolen bases.

Said former Lampasas coach Shane Doege: “I saw him do things that just other people are incapable of doing. In the state of Texas, football gets a lot of attention. But every time I watched him, sometimes just in awe at practices, what kind of talent this kid has in baseball. Obviously, he has that talent in football as well  but there is something special there about this kid. I don’t want to throw out the name that I’m going to compare him to, but I watched a guy that’s an all-star now in the big leagues. I just remember (being) in awe at watching his guy’s hands. That’s how I feel about Ace Whitehead. He knows how to adjust to pitches. It was shocking the rare times that the kid struck out just because you get so spoiled by it.”