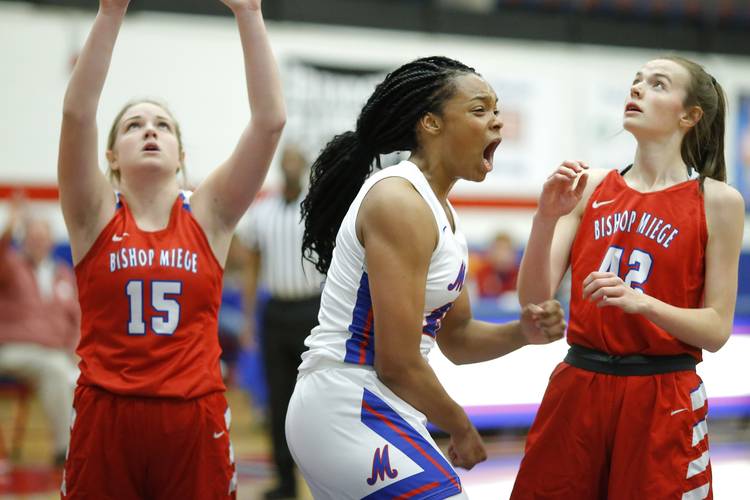 In two weeks, Texas will be unranked when it opens its first basketball season with new head coach Vic Schaefer.

On Wednesday, however, the Longhorns fared much better with a different kind of rankings.

Texas has announced the signings of Houston Cypress Creek High teammates Rori Harmon and Kyndall Hunter and Oklahoma forward Aaliyah Moore. According to espnW HoopGurlz, Texas had the fourth-best haul in the 2021 recruiting cycle.

A 5-6 point guard, Harmon averaged 15.6 points, 5.2 assists and 4.7 steals per game this past winter. She shared a backcourt with the 5-7 Hunter, who scored 20 points per game. Harmon and Hunter are rated as the Class of 2021’s 10th and 24th-best individual prospects by espnW HoopGurlz.

Moore, the sixth-best recruit in the country, was named the Gatorade player of the year in Oklahoma during the 2019-20 season. As a junior, the 6-1 Moore averaged 21.9 points and 10.9 rebounds per game.

Schaefer hinted that Texas may add onto the class.

How did Texas put together this class during the coronavirus pandemic? Schaefer, after all, was hired away from Mississippi State in April. The way that recruiting had been done over the past few months has changed dramatically, and all three UT signees announced their commitments after Schaefer’s arrival.

He explained that Harmon has been a top target of his for more than two years. And since she is teammates with Harmon, Hunter has also been on Schaefer’s radar for a while. Moore had ties to UT’s former coaching staff, but she warmed to Schaefer and his assistants.

Below is what Schaefer said in a press release about each of his three signees:

On Harmon: “We believe Rori is the best point guard in the country. I’ve been recruiting her for over two years. I’ve seen all of the top point guards in the country and I believe she is the best. Her presence on the floor and her tenacity on defense stand out as much as her skill set. It’s very unusual to have scored 2,000-plus points in your high school career through three seasons and still have over 550 assists and 500-plus steals. She has the motor that will set the tone for our team on both ends of the floor. Rori’s mother and father, Shemeya and Rodney, have been tremendous throughout the recruiting process. There have been some great point guards in the history of this university. Rori will have a chance to be one of the best ever.”

On Hunter: “Kyndall is an incredible scorer and explosive player who can finish at all three levels. Having already scored over 2,200 points in her high school career, she knows how to finish. She can create her own shot as well as create for others. I saw her score 30-plus one night with ease. We need difference players who can score the basketball. Her range is off the charts. Kyndall’s father, Derrick, and mother, Keoka, have also been incredibly supportive throughout the process. Kyndall’s smile is infectious. She will be great here on the Forty Acres.”

Schaefer on Moore: “We are super excited about Aaliyah Moore, a very versatile player who can play multiple positions. She is ultra athletic and has a motor off the charts. Aaliyah pursues the basketball from a rebounding perspective with great effort. She is physical and will be a tough matchup for opponents due to her size, quickness, speed and athleticism. She too has a tremendous skill set and is the defending Oklahoma Gatorade player of the year. Her mom, Sho, and grandma, Carol, have been tremendous throughout the recruiting process. They are another wonderful family excited for their daughter to be on the Forty Acres.”