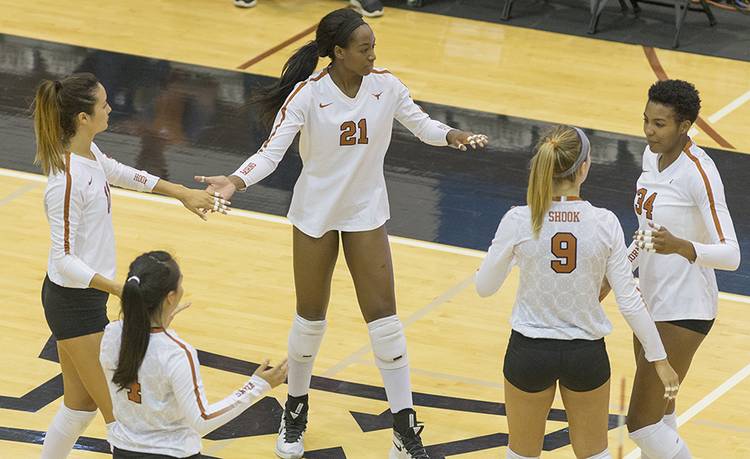 Chiaka Ogbogu is back on the Big 12’s radar.

Ogbogu, who sat out last season, had previously been honored five times by the conference. She was a three-time newcomer of the week in 2013. Ogbogu also earned a shout-out from the conference for her offensive work in 2014 and 2015.

In order to secure her first defensive honor from the Big 12, Ogbogu registered nine blocks in Sunday’s sweep of TCU.

CONGRATULATIONS are in order for @cchiakaa11's 6th all-time @Big12Conference weekly award, this time for her defensive prowess at TCU – 9⃣ BLOCKS 🤘https://t.co/FCbUvjjqFM pic.twitter.com/xHR6ozwq5x

Ogbogu’s 1.63 blocks per set rank first in the conference and fourth among the NCAA’s volleyball players. (Texas leads the NCAA with its 3.44 blocks per set). With 441 career blocks, Ogbogu is 90 stuffings short of Errica Hibben’s school record.