For the past year, Young has held a part-time job at a Spring Creek Barbeque in the Houston area. So if you’re craving turkey, ribs or Carolina pulled pork, Young’s your guy. In the upcoming weeks, though, he will finish his classes at Spring Westfield High School and move to Austin.

Then it will really be time to eat.

That’s not a snobby reference to the line at Franklin’s or the brisket at La Barbecue. Young, a self-described connoisseur of breakfast foods, has skipped the barbecue pits during his past visits to Austin anyway. No, when it comes to eating in Austin, Young — a three-star running back who signed with Texas in February — intends to gobble up yards as a member of Texas’ football team.

I WILL be the next great running back out of Texas ‼️ https://t.co/slndH0nCGl

Young will move to Austin on May 28, just nine days before his 18th birthday. He’ll arrive with plenty of ambition.

Young’s favorite player is Dallas Cowboys star Ezekiel Elliott, and he looks forward to working with UT running backs coach Stan Drayton, who tutored Elliott at Ohio State. Young wears No. 32 because “that’s what all the great running backs wear.” In April, he tweeted that he plans to become the next standout in Texas’ backfield.

Texas, of course, is the school that has retired Earl Campbell’s and Ricky Williams’ numbers and placed Jamaal Charles and Fozzy Whittaker on active NFL rosters. Priest Holmes earned trips to three Pro Bowls. Cedric Benson was the fourth overall pick of the draft.

D’Onta Foreman, the player that Young is vying to replace, was a third-round draft pick by the Houston Texans last month. In 2016, Foreman rushed for 2,028 yards and won the Doak Walker Award.

“That’s the real RBU (Running Back University), the greatest RBU of all-time,” Young said of Texas. “It’s just crazy knowing that I’m fitting to join that group of backs. It’s a blessing.”

When speaking to reporters on national signing day, Texas coach Tom Herman suggested Young could be the “steal of the class.” Herman — as well as Texas tight ends coach Corby Meekins, who led Westfield’s football program from 2004-14 — has a longstanding relationship with Young.  When he was at Houston, Herman gave Young his first scholarship offer.

Young was courted by schools like Boise State, Nebraska and Minnesota, but he committed to Houston last September. He then received a scholarship offer from Texas after Herman’s hire. He pledged to the Longhorns on Dec. 23 and eventually joined Brenham linebacker Marqez Bimage and Humble Atascocita offensive lineman Samuel Cosmi as ex-UH commits in Texas’ 2017 class.

Young rushed for 1,290 yards and 19 touchdowns his senior season. As a junior, he ran for 726 yards and scored eight touchdowns. A three-year letterman who started playing football in the seventh grade, Young earned all-district accolades his last two seasons.

“Anyone who watches him play says that there is something amazing about him,” said Javid Milton, who was Young’s position coach at Westfield. “He is one of the smartest players on the team and is not even close to reaching his full potential. Daniel is still at the early stages of being a running back; he has only scraped the surface of his dynamic ability.”

Texas has a Foreman-sized hole in its backfield, and the team came out of spring drills with more questions than answers. Chris Warren III has the most experience, but the junior-to-be missed eight games last fall with a knee injury. Next up is Kyle Porter, who ran for 205 yards on 46 carries as a freshman.

Warren and Porter, though, were both sidelined for the spring game with hamstring and ankle injuries. Rising sophomore Tristian Houston also was hurt. As were Roderick Bernard and Kirk Johnson. In fact, early enrollee Toneil Carter was the only scholarship running back who participated in the Orange-White game.

Young was last spotted scoring twice in the quarterfinal round of the Class 6A Division II playoffs. Nine months after that 21-18 loss to Klein Collins, might Texas fans see contributions from the 6-foot, 210-pound Houston native?

“I think (Toneil) can be a really good one for us, and same with Daniel,” UT offensive coordinator Tim Beck said after the spring game last month. “You can see the group’s kind of beat up and we need guys that are going to come in here and going to be fresh, bring some energy and play with nothing to lose.”

Editor’s note: This is the eighth of a series of looks at Texas’ 2017 signing class, as we reach out to the recruits themselves across Texas, Oklahoma and Florida to get a sense of just what the Longhorns are getting. Past stories: 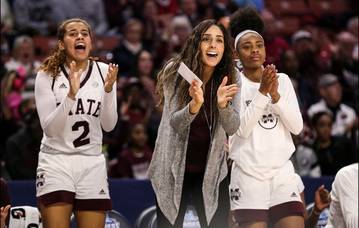