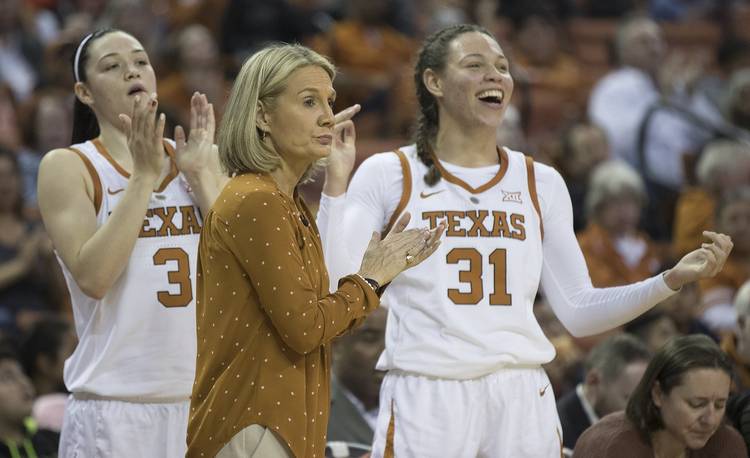 Back when she was growing up in Clovis, N.M., Danni Williams aspired to someday play basketball wearing Tennessee orange.

Her bedroom walls were painted in Lady Vols colors. And as New Mexico’s three-time Gatorade player of the year who was ranked by ESPN as the country’s No. 7-rated guard in 2015, she was courted by dozens of schools throughout the nation, including Tennessee.

“Tennessee was my dream school,” said Williams, who ended up not signing with the Lady Vols and now is wearing a different shade of orange at Texas.

“I took a visit there and it didn’t feel like the place to be,” Williams said of her recruiting trip to Knoxville. “At the end of the day, I wanted to stay closer to my family and give them a better chance to see me play.”

The 5-10 shooting guard signed with Texas A&M, one of Tennessee’s top rivals in the SEC, and played three seasons for the Aggies before ending up in Austin as a graduate transfer.

Williams, in her first season at Texas, still considers Tennessee a special place to play basketball. She will get reacquainted with the Lady Vols when No. 9 Tennessee (7-0) faces No. 12 Texas (7-1) in the 40th meeting between the old rivals at noon Sunday at the Erwin Center.

“Tennessee’s one of those programs you just get excited to play and you want to beat them every time,” she said.

Karen Aston is looking for a victory, too. The Longhorns have spent an entire week trying to ease the sting of last week’s 67-49 home loss to sixth-ranked Mississippi State.

Help might be on the way soon. Forward Joyner Holmes, who had surgery on her right ankle in early October, has been working out with the team for the past two weeks. If she’s not cleared to play against Tennessee, she should be ready by next Sunday’s home game against Stetson.

Holmes lends depth in the paint, an area where the Longhorns have struggled in the first seven games. After last week’s loss to Mississippi State, Aston griped that her team did not match the Bulldogs’ physicality.

“We still have to be realistic because she’s going to need some reps under her belt, but she will bring a level of confidence for our team,” Aston said. “More importantly, she brings experience.”

“Joyner Holmes or without Joyner Holmes, Texas is good,” Warlick said after the Lady Vols defeated Stetson 65-55 on Wednesday. “We always have a pretty tough game with them. I think we’re two similar teams that run the ball, rely on defense and rely on rebounding. … Texas has been hit by some injuries, but they will be ready to play us. I expect it to be a great game.”

Tennessee has a 24-15 series edge over the Longhorns.

The Texas women and men will play back-to-back home games on Sunday: