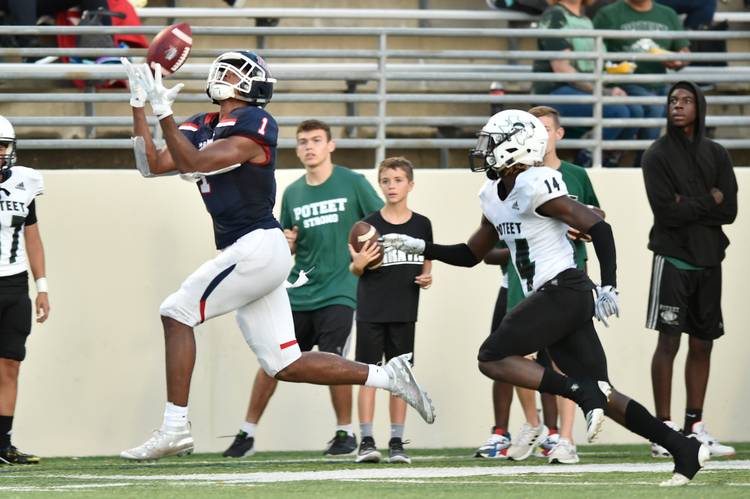 The Longhorns’ 2021 class ranks second in the nation and first in the Big 12. The 2020 class sits at sixth. Sanders is a potential playmaker on either side of the football. He’s capable of playing flex tight end on offense or moving permanently to defense as a defensive end or B-Backer. He was the District 4-5A Division I Newcomer of the Year as a sophomore after recording 54 tackles on defense and 23 receptions on offense.

Skill set: Sanders is a football player. His body will determine his future position based on how big he ends up after his senior season. He’s currently listed at 6-3.5 and 220 pounds. Defensive end or B-Backer seems like the most likely destination for Sanders despite his ability as a pass catcher. His impact would be bigger on defense, as would his future upside to NFL scouts. Sanders lived in opponent’s background as a sophomore, recording 23 tackles for loss and 9.5 sacks.

Immediate impact: The continued trend of early commitments makes this nearly impossible to predict, especially for a prospect who can play multiple positions. It’s hard to predict the status of the B-Backer or tight end room in 2021. Sanders is a dynamic player who doesn’t want to sit around and watch as a freshman, just like all young prospects. He wants to play, and he’ll be given every opportunity if he shows up on campus and takes to a position right away.

Fitting into the program: Sanders is another Dallas-Fort Worth area prospect pledged to Tom Herman’s program. The Longhorns needed to improve their recruiting success in DFW under Herman despite signing consecutive top-three recruiting classes. The 2020 and 2021 cycles are ripe with talent in DFW and Sanders is another early win for the Texas staff. Athletically, Sanders is exactly what Texas likes in young prospects because he’s a high-upside athlete with versatility.